Lately, the “in” thing seems to be trying to get police officers in trouble, fired, or killed. One woman tried to do just that when she accused an LEO of screaming at her, and pointing his handgun at her during a traffic stop. That story may have very well ended his career[1], except for one little thing… evidence. 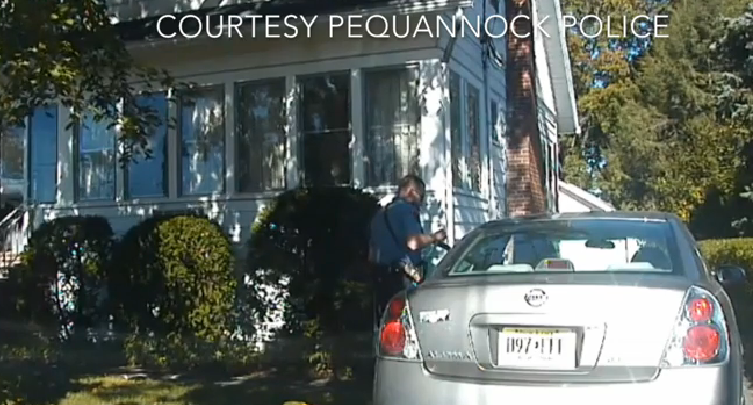 A growing anti-cop sentiment[4] has taken the country by storm, and for some protesters, the answer is violence[5]. For others, the answer is apparently to play the race card while making false accusations about police officers.

An Irvington, New Jersey, woman was recently charged with filing a false report accusing a police officer of yelling and pointing his handgun at her during a traffic stop, according to Daily Record[6].

Police Capt. Christopher DePuyt released a statement about the report, explaining that the woman, Hyacinth Peccoo, stated that she asked the officer if he was going to kill her in broad daylight. But an internal investigation into the incident revealed that Peccoo, 50, made up the completely untrue allegations.

The video system in the officer’s patrol car had captured the entire traffic stop on camera, during which the officer never yelled at Peccoo and never removed his firearm from its holster.

The police officer did not deserve to be treated this way, especially by someone he gave a break to regarding the traffic ticket. His patience and kindness was no reason for the woman to seek revenge.

The saddest part is that you won’t see this on mainstream media. A white police officer treating a black woman with respect and fairness doesn’t exactly fit the prevailing narrative.

In fact, how dare we even point out that the black woman made a false accusation against a white police officer? Because she’s black and he’s white, the claim must be inherently true … right? Especially since she’s a woman.

Thankfully, this police officer had a camera on his dash recording the incident, or he would likely be in hot water right now. The media would be portraying him as a violent, racist monster, and it wouldn’t matter what actually transpired (see: “Hands Up, Don’t Shoot”[7]).

Not to mention any court action he would have undoubtedly been put through. His name and reputation would have been tarnished, and his word would be meaningless to the race baiters and anti-cop activists across the country.

Should this woman be arrested for her false allegations? Let us know in the comments!