THOU SHALT NOT MURDER: Ted Cruz Gives BRUTAL Reason Why It’s OK To KILL Jihadists. Like He Plans To!

Ted Cruz is a devout Christian, and in an interview, is setup with the question… if Thou Shalt Not Kill, then why is it ok for him to follow through on his vow to “carpet bomb” Islamic State group militants[1]? LIBERALS will be beside themselves with his answer! 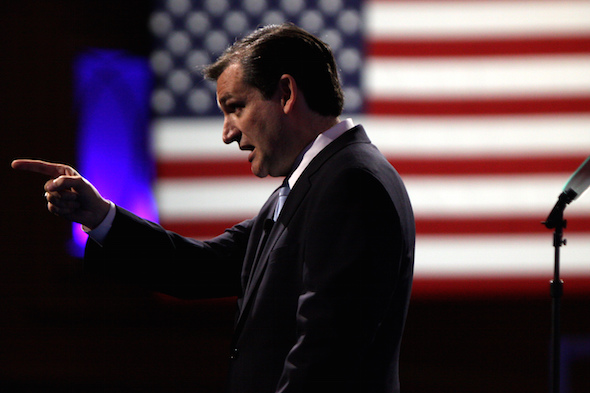 The Texas Republican and presidential candidate told Newsmax Wednesday: ”Let’s be clear, the Bible says, ‘Thou shalt not murder,’ which is different from ‘Thou shalt not kill.’” “Defending yourself is an obligation of any president. It is not murder,” Cruz added in the interview with Ed Berliner on “The Hard Line.” Cruz pointed out that while America killed Nazis in World War II, it wasn’t murder. “When you have the face of evil that has declared war … then it is the essence of duty to defend your nation, to defend the innocent,” he said. “When it comes to jihadists, they have declared war on us, and that’s what President Obama and Hillary Clinton refuse to acknowledge.” The leader of the United States should fight radical Islam the same way President Ronald Reagan fought the Soviets when bringing an end to the Cold War, Cruz said. Reagan aimed his foreign policy around the notion of defeating communism — a strategy of “we win, they lose.”

Ted Cruz stands steadfast and loyal to his roots as an American, and he takes NO cover when it comes to calling evil, evil. THIS…is what “GREAT” leadership does! They stand for TRUTH, because truth is still the truth…even if no one believes it.