Abuse in any form is unforgivable, but abuse of a baby is downright evil[1]. Anyone who lays a hand on a child out of anger ought to be beat themselves. There is no excuse for attacking a defenseless child. 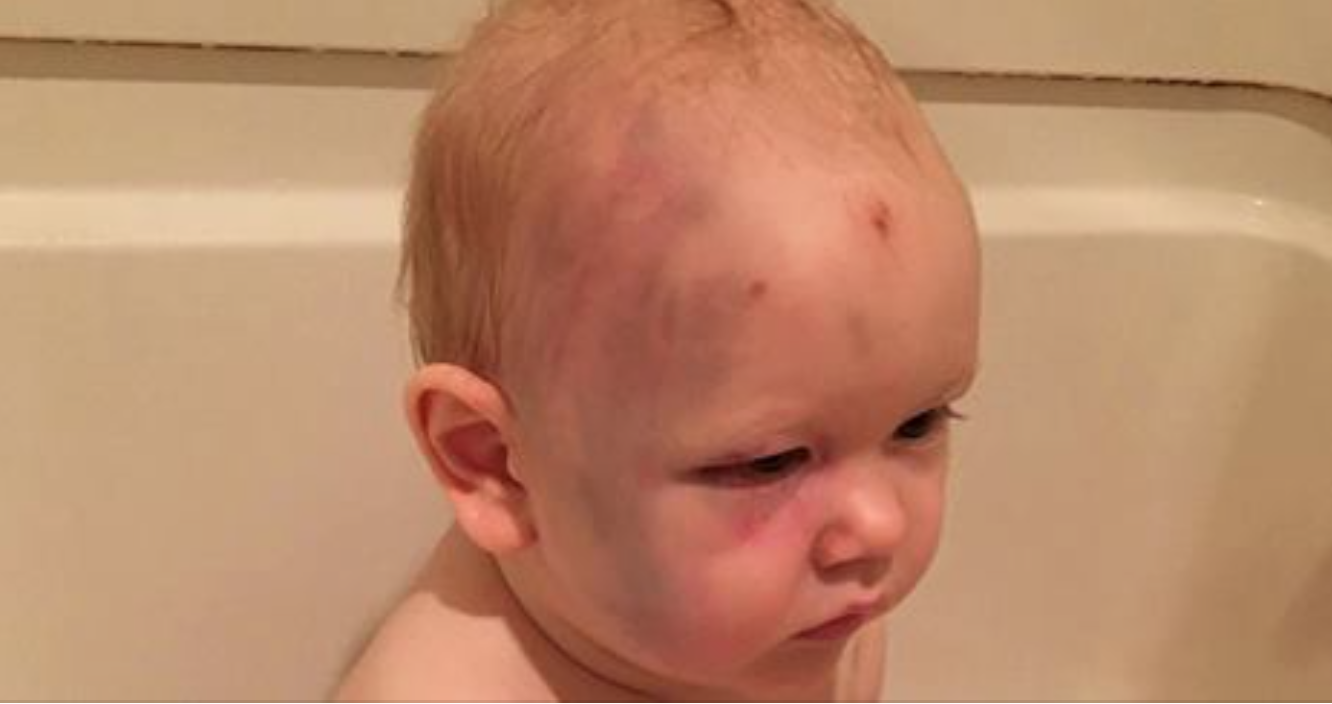 An Oregon couple is upset after their infant son was injured at the hands of their babysitter, yet authorities have decided against pursuing the case.

According to[3] The Oregonian, Joshua Marbury and Alicia Quinney claim they left their one-year-old son Jacob at their home in Sherwood with an unnamed babysitter back in March in order to go on a date.

When they returned several hours later, they found Jacob screaming and crying and the babysitter fast asleep.

The following morning, the couple noticed several bruises on their son, including one shaped like a handprint and a black eye.

Quincy told the Oregonian about the bruises:

“I thought maybe marker got on his face or something. When he turned over, his whole right side of his face — black and blue.”

As a result, they immediately reported the incident to the police, believing they had a solid case against the babysitter. After all, one of the detectives told the couple that the injuries Jacob sustained could have killed the infant.

Yet two months later, authorities have decided not to take any action against the babysitter.

“…we had a confession from the abuser saying they did it. STILL this person was not arrested because they had to build a case and a jury to find him guilty BEFORE they go to jail. …

After TWO months of waiting we only find out that charges are dropped BECAUSE my one year old cannot tell you verbally he was abused and my son did not show he was in pain OR that this person “intentionally” did this. …

Yet a baby isnt held to the same standard because he cant talk???? Well neither can a dead body. THATS BLASPHEMY. You waited 2 months if not longer to tell us this???? Something needs to be done. NOBODY can just hit a child and more to just get away with it because the child cant verbally tell you.”

There is physical evidence of abuse, as well as a confession, and you STILL don’t have enough to convict the abuser? This is a travesty!