Wow. Even if you’re thinking this, and no one should, you should have enough common sense to not post it on your Facebook. But then again, this guy had a homemade gun range, ammo, and posted PHOTOS online… 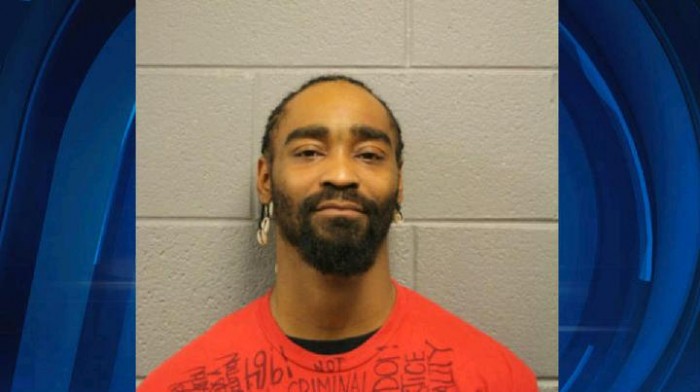 A suburban man was arrested on weapons charges after online threats led police to search a home where officials say they found a homemade gun range and rounds of ammunition.

Prosecutors say they became aware of the threats on Dec. 8 when Woodfin posted a Facebook message in which he said he was “going to kill cops and innocent white kids.” They say someone viewed the message and called police.

According to NBC Chicago, the 33-year-old loon also “allegedly posted photos of white children on his Facebook account along with the threats.” Furthermore, the owner of the home where Woodfin resides tried to downplay his actions by claiming that “he was [merely] expressing how he felt, which is what everyone else was doing on Facebook as well.”

I too sometimes rant and rave on Facebook, but I assure you that I never issue death threats against adults and children alike!

I hope they keep this crazy thug locked up awhile, and give him a mental health evaluation while they’re at it. This behavior is outrageous and who knows, he may have followed through if a responsible party had not reported him. Thank God they did.