There has been a lot of talk over the past several years of “women’s rights” here in the U.S.. But what many people fail to realize is that there are real rights violations happening elsewhere in the world. 7-year-old twins Chashman and Aman, as well as their 5-year-old sister Fiza, were strangled to death by their father, Irshad Ahmed, because he did not want to waste money on their upbringing.[1] 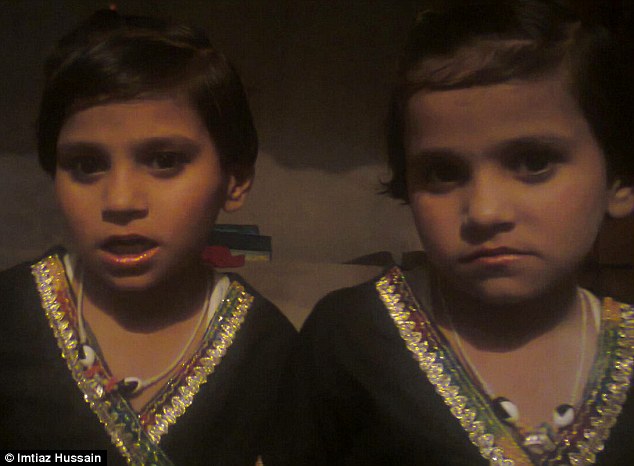 Irshad Ahmed killed his three daughters, twins Chashman and Aman aged seven and a five-year-old Fiza, on Sunday night, after encouraging his wife Shabana Naz to attend a wedding with their only son.

She only took one of her daughters, the youngest aged two, after refusing to leave her behind at their home in Chak Jumra town, around 135 miles northwest of Lahore.

A neighbour told her what had happened later: she returned, Shabana discovered the bodies of the three little girls lying in the bed – and their father gone.

Speaking today, Shabana revealed how her husband had believed his daughters to be worthless, claiming they would mean the family would ‘die of hunger’.

Worse, he had threatened to kill before.

‘He said, “I do not want to educate them and don’t want to waste money on their upbringing. My only son is my future hope and one day I will vanish these four problems”,’ the 35-year-old told MailOnline.

She added: ‘My husband never gave my daughters a penny of pocket money when they went to school. All their school fees, uniform and expenses for books were paid by my parents.’

Shabana said things had got worse since the birth of her youngest daughter.

‘He always said that we all would die of hunger as we have four daughters and it’s a big expense of their education and then marrying them.’

Shabana said she had tried to tell people about Ahmed’s threats, but no one had taken her seriously.

She had now fled to her parents’ home, in the Elahiabad area of Faisalabad, where she feels safer.

‘I cannot trust anyone there [in the village],’ the distraught mother said.

‘They are all killers. Whenever my husband threatened of killing our daughters, I always complained to his mother but she never took it serious and always said he is just joking.’

Police in the central province of Punjab confirmed Ahmed was wanted for the killing.

Zaheer Ahmed, the investigating officer, added there were rope marks on the girls’ necks.

Other villagers said Ahmed had been on anti-depressants in the lead-up to the murders.

However, it is not unheard of for a father to kill his daughters in Pakistan, where they can be considered a burden.

In 2013, Umar Zaib, 28, was arrested for drowning his 18-month-old daughter because he had wanted a son instead.

This is what real feminists should be fighting about. Not about big-breasted video-game heroines. Not about free birth control. But about girls being able to grow up, receive and education, get married, and live long, happy lives without being strangled by their father.