Hillary’s campaign manager was trotted out Sunday to do his job, that is answer questions on how the campaign is reacting to FBI Director James Comey’s determination to make public the new developments in Clinton’s private email[1] server investigation. 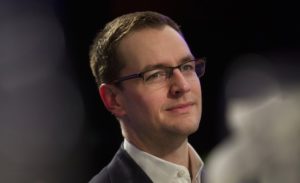 It definitely didn’t make things better for the campaign, or for Huma Abedin.

While being interviewed by Fox News’ Chris Wallace, Mook did his best to avoid the questions that dealt with Hillary and her partner in crime (no pun intended), Huma.

“I’m asking you a direct question,” Wallace posed to Mook, directly. “Has Secretary Clinton asked Huma Abedin what was on that laptop that she shared with her husband Anthony Weiner? There’s credible reporting out there that this came from the laptop of Anthony Weiner and Huma Abedin. Why on Earth wouldn’t Hillary Clinton say to her closest personal aide, was there any stuff on your laptop, and what was it?” 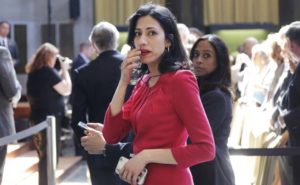 Mook responded as slippery as he could.

“I appreciate your question because people want answers. There’s nothing about Huma Abedin in the letter that was sent out. Why wouldn’t Clinton ask anybody? They could be emails from anybody in the world.”

Despite his play-stupid way of protecting his coworker on Fox, Mook’s “Meet the Press” interview totally cut the safety cord, essentially letting Abedin drop to her doom.

When questioned by Chuck Todd if he is “confident Huma Abedin has been 100 percent forthcoming to [him] and Secretary Clinton,” Mook stumbled big time.

“The Justice Department confirms that she was totally cooperative,” Mook responded.

Todd followed up with, “I understand that, I’m talking about you and the campaign. Do you feel as if you have all the facts?”

Despite Todd’s direct question, Mook again did what press secretaries and politicians do every time…pretend we are stupid and repeat the same wrong answer to the question. He said that the Justice Department noted that “Huma fully cooperated.”

“That’s why we’re so puzzled right now. Just put the information out there so we can put this to rest.”