Thug Breaks into Her Home, Sexually Assaults Her… But She Gives Him a NASTY Surprise!

A fight to ward-off a sexual assault has no rules. Kick, claw, stab, bludgeon- do whatever it takes to get away. When a would-be rapist forced his way into a woman’s house to commit his vile act, this woman refused to be a victim and did everything she could to get free. After chomping-off his tongue, she managed to do just that…[1] 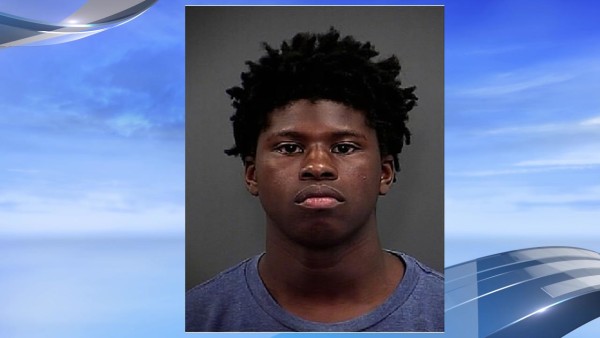 When a thug forced his way into a house in South Carolina, he had planned to sexually assault the woman inside. However, he was thwarted by the intended victim, who bit his tongue off during the commission of the crime.

The incident happened early Friday morning in North Charleston, South Carolina. The woman said she heard a knock at the door, but found no one there when she answered it, according to HLN[3].

She went back to bed, but then heard another knock. She answered again, and again found no one. Then, the doorbell rang. She went outside to look at who was knocking and ringing the bell. That’s when she saw a man holding a knife against his chest.

The police report states that she screamed, “No!” and ran back into the house. However, the would-be rapist managed to wedge himself into the door and force his way in. He then tackled the victim and punched her in the face several times.

He asked her where her bedroom was; after she told him, he carried her there and began to sexually assault her. That’s when she kicked him in the groin. Screaming, “Now you have to die!” he began to attack the victim more violently.

That’s when he tried to force his tongue into her mouth. She bit it until it snapped off, making the suspect jump off of her, screaming. The victim spit the tongue out on the kitchen floor and managed to flee the scene in her car.

Antoine Miller, 16, was later caught at a Waffle House after his mother had called 911 because her son was missing his tongue. He now faces charges of criminal sexual conduct, assault, burglary, possession of a weapon during a violent crime and kidnapping. While a juvenile, he’s being charged as an adult.

While this woman showed great courage in fighting off her attacker, the whole incident is a reminder that the best defense any American can have is a firearm to protect herself.[4]

There is a lesson to be learned; the threat of force can often subdue people. However, when faced with the unimaginable, fighting to survive means doing everything possible to win…

…even if that means chomping-off pieces of one’s attacker…