Thug Crashes His Lamborghini – But What He Does Moments Afterwards? OMG… [VIDEO]

Footage has emerged showing a 24-year-old driver texting while hanging out of the window[1] of his wrecked Lamborghini just moments after he allegedly mowed down three people..YOU won’t believe what happened NEXT!

Wiyang Lautner was detained after he allegedly lost control of his supercar while racing against a Ferrari and hit a middle-aged couple and a street vendor waiter in Surabaya, East Java.

He crashed into Mujianto, 44, Srikanti, 41, and her husband 51-year-old Kuswanto whose body was dragged along by the Lamborghini for several metres before it smashed into a tree, police said.

Onlookers filmed the aftermath of the fatal crash and footage shows the 24-year-old driver texting and speaking on his mobile as he attempted to climb out of the wrecked car.

It is not yet known whether he was using his mobile to ask for help.

Srikanti and Mujianto, who both suffered broken legs in the crash, could be seen lying seriously injured in the street as Lautner used his phone.

Kuswanto and his wife Srikanti, who were from nearby village Kaliasin, were on the side of the road buying some bottles of milk from a street vendor when they were allegedly hit by the supercar.

The waiter at the street vendor, Mujianto, was also injured in the crash.

Lily Djafar, a spokesperson at the Surabaya police station, also said a motorcycle, which was parked near the vendor, was heavily damaged in the crash,’ according to Kompas.com.

Kuswantoro’s body was taken to Soetomo Hospital for a post-mortem.

Police detained Lautner at Dukuh Kupang police station and launched a further investigation into the crash. 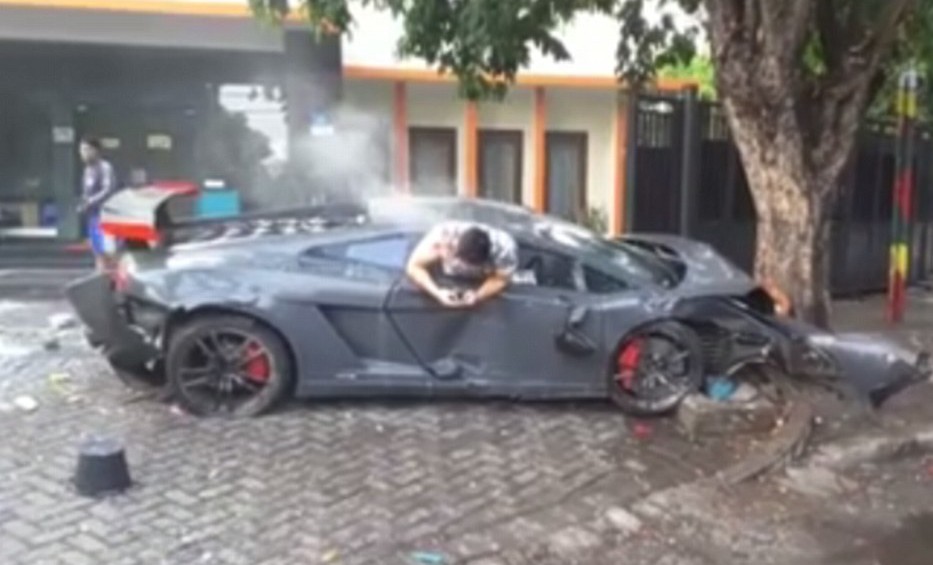 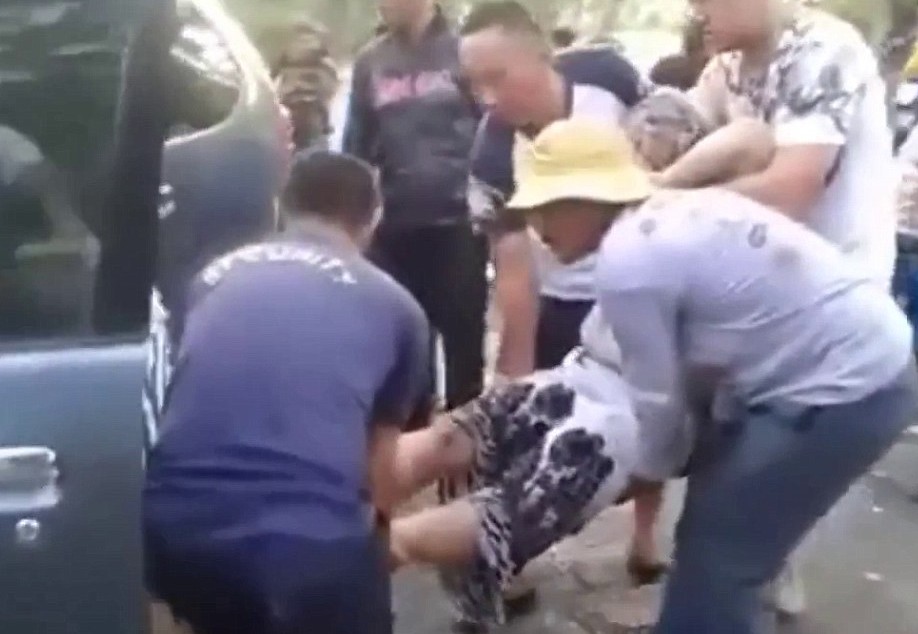