The bully has been around since the beginning of time, evolving a terror that today is quite dangerous. Sometimes, it’s hard to tell who the bully is, what with all the reasons people get mad these days… however, here is a story that took place a few years ago, that is still getting attention. The big guy picks on the small guy….the small guy, takes him out.[1] 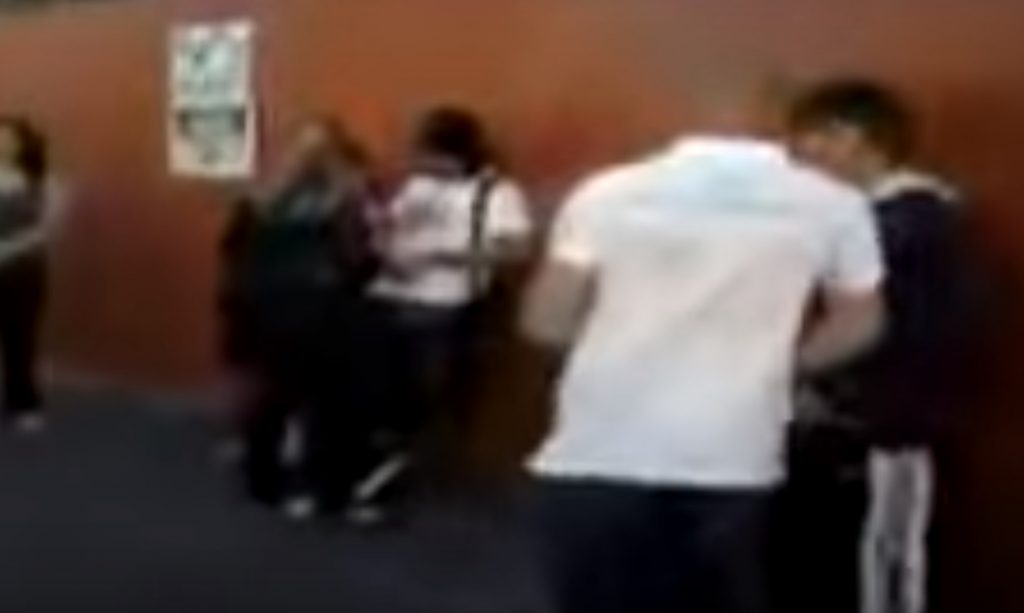 Sadly, the bully in our story had to learn this lesson the hard way.

“Aren’t you man enough to come up to me and say it to my face?” the bully kept saying as he pushed closer and closer to his intended victim.

After growing tired of being cornered and bullied, however, the smaller guy finally took some action by slamming his fist right into the bully’s face, causing him to tumble backwards like a felled tree.

Watch, though we must warn you that the video contains some GRAPHIC LANGUAGE:

The smaller fellow then jumped on the bully and continued pummeling him, inspiring the people who were recording them — and who had earlier been laughing at the smaller kid’s misery — to suddenly grow very concerned.

The video ended with the cameraman rushing into the fight to try and stop it.

Wow…the cameraman actually stops filming to try and stop the fight. Looks like a few years ago, people still had some humanity in them. Now days, the people filming…stay filming, with only one hope on their mind…a viral video.