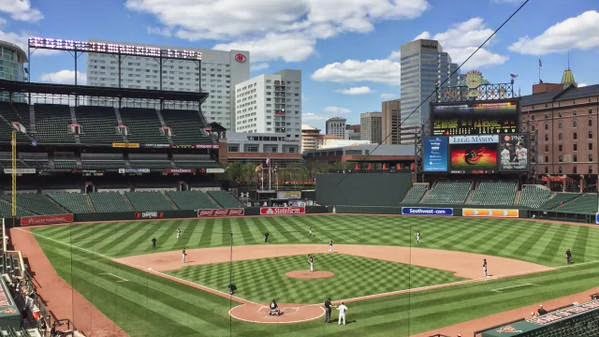 This was a very sad commentary on how Liberals who run Baltimore gave into fear and gave up the streets of Baltimore to thugs! For the first time in over 100 years of baseball, a game was purposely played in front no fans. It’s a very disheartening thing and it happened in the city of Baltimore[1].

Mayor StephanieRawlings-Dinkins[2] should be very ashamed of herself.

CNN[3] reports the smokey aroma of pulled pork from Boog Powell’s BBQ stand did not waft over the crowds Wednesday in downtown Baltimore’s Eutaw Street, as it normally does on game days.

But rock music blared from speakers at Camden Yards as the Baltimore Orioles and Chicago White Sox took batting practice in an eerily empty stadium[4] with a capacity for nearly 46,000 rowdy fans.

Like most days, Wednesday’s game opened with the national anthem. John Denver’s “Thank God I’m a Country Boy” played at the seventh-inning stretch.