Tim McGraw Asks for Prayers – He Needs Our Support

Tim is getting ready for the much anticipated ACM Awards performance[1]…that will be taking place on April 3rd. It is for this reason that McGraw is turning to his fans to make the performance a once in a lifetime EVENT! 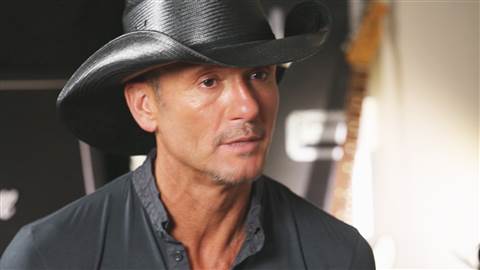 Tim plans to perform the song, “Humble and Kind” at the ACM Awards. The song and its message have inspired people around the world. Tim has taken notice of this has reached out to his fans. He said that by including the hashtag #HumbleandKindACMs, fans will have the chance to have their photo featured on the screens behind Tim as he performs. McGraw wants his fans to see them behind him.

The reason is his fans have always been behind him. They have stuck with Tim through everything. If it weren’t for his fans Tim would be nothing. He knows this, and so he wants to honor all of us. Tim is a special kind of performer. He does not forget where he comes from, or who supports him. He knows that everything he does is for others, and so he must acknowledge this fact. I think what he is doing is amazing. I am truly blown away by Tim. Will you send in a picture?

Yea, that kind of a big deal..to have your picture on stage with McGraw during his performance in front of the entire nation?