IT’S TIME! Second Amendment Advocates This Is The NEXT Step!

Generally speaking, elections drive up the sales of firearms because Americans are unsure about the future of their country.

I know several friends who believed a Hillary Clinton Presidency was inevitable and purchased more guns “just in case.” However, Col. Allen West learned that not only have the result of this election failed to stimulate a buying panic, but Americans in general are feeling more safe as a result of Trump’s election and are buying fewer and fewer firearms. 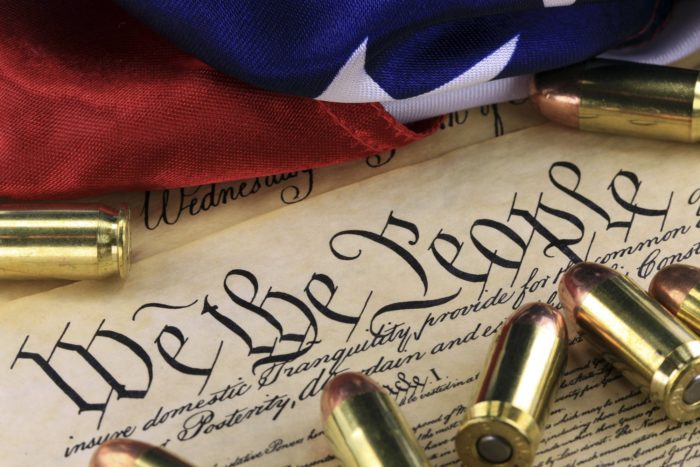 When West spoke to the mother of a gun store owner[2], he discovered that gun sales have plummeted since Donald Trump’s election. This sounds bad at first, but it is truly the best indicator of how Americans feel about their future. If they aren’t buying their own security, it means they already feel safe.

It’s also worth bearing in mind that while you may feel that the President of the United States is going to protect you from certain threats, he cannot protect you from violent events that may take place in your own back yard.

Bad things happen every day and there’s nothing we can do about that. What we CAN do is protect ourselves and our loved ones. Our Second Amendment is our first line of defense and it could very well be the only thing that stands between an “incident” and a “tragedy.”

When a terrorist or criminal is about to attack, your first line of defense is a fellow citizen who has firearms training, and also has their firearm at hand.  Remember my maxim: “an unarmed person is a subject, an armed individual is a citizen.” That armed citizen is much more likely to be nearby than a police officer or first responder.  Because I believe an armed citizenry is America’s real first line of defense, I was pleased to learn about a new group called the Home Defense Foundation, based in New Orleans, whose board of advisors has Elbert Guillory, a dear friend, patriot, and all around great American on it.

Their website, HdfNola.org[3], shows you just how different and needed this group is, and why it should be replicated nationwide…especially in a place like Chicago. Sadly, Mayor Rahm Emanuel is more concerned about protecting criminal illegal aliens, than the unarmed subjects of his city. Always remember, it was an elderly black man who challenged the draconian gun laws in Chicago. Why. Because he wanted a shot gun to protect himself.

The Home Defense Foundation is an all volunteer, citizens group that sponsors home and self defense classes for free.  Their mission statement reads:  “Neighbors teaching neighbors about home and self defense – and organizing, so that our voices are heard.  Hmm, something tells me this isn’t the type of “community organizing” Obama and the leftists accept — they prefer the insidious “Black Lives Matter” group. These New Orleans citizens are all volunteer, and they never ask for money. Imagine that?  A group that asks for no money, just for your time and interest in learning to be a responsible firearm owner.

Every gun-owning person should look into this, in my opinion. We are all responsible for keeping ourselves and our families and neighbors safe.