‘Time to turn words into action!’: Katy Perry Donates 10k To Planned Parenthood, Scared That Trump Will Defund Them… [VIDEO] 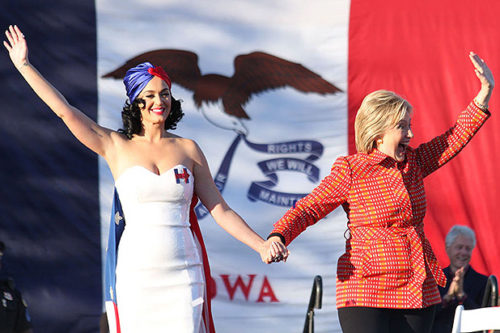 In a move sure to cement her place as a big sponsor of infant dismemberment[2], singer Katy Perry has donated $10,000 to Planned Parenthood, which promotes neither planning nor parenthood. Ms. Perry is fearful that a President Trump will defund the baby killing organization, so she has stepped up to make sure that there will be at least 10K’s worth of abortions performed because of her generosity. 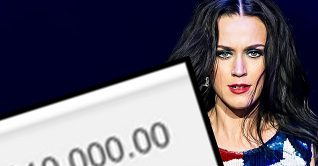 Abortion is infant dismemberment. There isn’t any other way to look at it. And Katy Perry wants to make sure that the barbaric practice will always be available for whenever a baby is just too inconvenient. Because, you know, a person shouldn’t have to actually be responsible for personal choices.

Perry has been an avid supporter of Hillary Clinton, who is also a big fan of Planned Parenthood. Perry has even gone so far as to emblazon the Hillary campaign’s “H” on numerous dresses. Talk about sycophantic.

Why would anyone want to sponsor the death of innocent children? It boggles the mind. But there it is, Katy Perry is a true protégé of Planned Parenthood’s founder Margaret Sanger, a known racist who desired that abortion be used to control minority populations. Perry has joined with Sanger’s agenda of death for those she deemed unacceptable. And that is inexcusable.