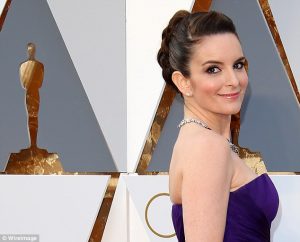 [1]
A three-hour discourse on politics and climate change is not what Tina Fey signed up for when she graced the Oscars with her presence. She hit the hammer on the nail when she belittled the[2] speeches given!

‘I’m so glad I live here [in New York City], because halfway through [the Oscars], I was like, “This is some real Hollywood bullshit.”
‘Everyone’s telling me what to do. People are yelling at me about rape and corporate greed, but really, it’s climate change.

I was like, “Guys, pick a lane. Like we’re going to fix everything tonight.” And also, like, “You’re all rich. Why are you yelling at me about corporate greed?”‘ Fey recalled.
Before the red carpet was even rolled out this year, the Academy Awards were steeped in controversy as several Hollywood big shots vowed to boycott the ceremony in solidarity with the #OscarsSoWhite movement.
In his opening monologue, Chris Rock addressed the movement by schooling Hollywood on systemic racism that leaves black actors at a disadvantage in the industry. 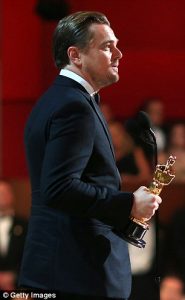 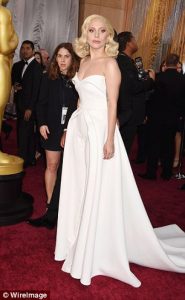 Later on in the ceremony, Vice President Joe Biden showed up to speak about rape culture, and ‘The Big Short’ writer Adam McKay called out presidential candidates who ‘take money from big banks, oil or weirdo billionaires’ as he accepted the award for Best Adapted Screenplay’.
But the most memorable part of the night was when Leonardo DiCaprio accepted his first ever Oscar, only to spend most of his time on the podium warning about the effects of climate change.

Fey, however, defended DiCaprio when she was asked if she was annoyed by his lecture in particular.

‘I always am psyched when someone is articulate with those things because, let’s face it, actors are very stupid,’ Fey said. ‘But he’s so smart and his speech was so cogent.’

And when Stern turned the conversation towards DiCaprio’s reputation as a ladies’ man, Fey again backed up the actor.

Tina seems a little biased towards Leonardo or, the subject he chose. Personally, I would have walked out. A hunk of metal and a few pretty pictures aren’t worth hearing that garbage!