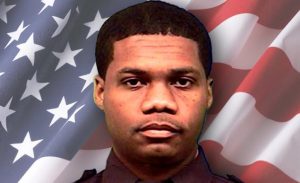 [1]It takes a Liberal mindset the ability to think giving a drug diversion program for a career criminal instead of jail a good idea.

This how Liberals think, stupidly!

Unfortunately, for NYPD Officer Randolph Holder, a piece of filth was allowed to walk the streets of New York City free to commit more crimes thanks to the Liberal mindset that knows better.

He had easier access to guns, again thanks to the Liberal mindset that declared Stop and Frisk was an ineffective crime tactic. Do you see a pattern of dumb thinking here?

Holder was shot in the head by a thug who should have been in prison.

The Liberal mindset are graduates from Harvard and Yale. Yet, their not to bright when it comes to the “real world”.

So it’s time to recognize that the Liberal mindset should be set aside. Leave it in the classroom or somewhere else where they could cause the least amount of damage to people’s lives. Take it out of Chicago, Baltimore, Philadelphia or the others places where the Liberal mindset sits in City Hall.