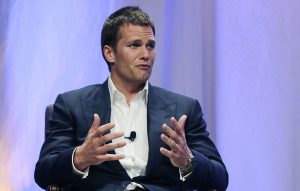 If people are going to be so outraged about Tom Brady destroying his cell phone in an investigation of a deflated football, then there needs to be even a bigger outrage over Hillary Clinton destroying her personal emails that contained classified information that put people’s lives at risk.

Yahoo News[2] reports t’s why even if he were somehow proven innocent on the facts surrounding the inflation level of footballs in January’s AFC championship game, he probably deserves a four-game suspension for being such an idiot during the investigation.

Brady knew the NFL was after him for being involved in what the league believed was the deflation of footballs in that playoff game. He knew commissioner Roger Goodell fancied himself as a law and order sheriff, here to punish players for all sorts of misconduct. He knew the NFL wanted his cell phone, or the information it held.

Personally I think a deflated football is no big deal just as people may think a personal email server is no big deal either. So either both are important or not important. Which is it?