We often see celebrities as these larger-than-life, infallible[1] characters that perform for us on screen, but we don’t often see them as real people with pasts and horrible memories. 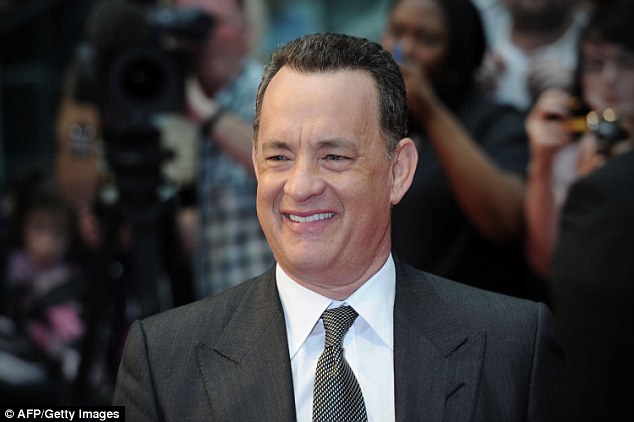 Tom Hanks has revealed he was devastated by his parents’ divorce when he was just five, and that his childhood was characterised by ‘loneliness’.

In an interview on BBC Radio 4’s Desert Island Discs, the Forrest Gump star seems overcome with emotion and falls silent after presenter Kirsty Young asks him how much the break-up affected him.

He then manages to regain his composure, adding: ‘What have you done to me?’

During the interview – which was broadcast today – the 59-year-old double-Oscar winner tells how he and his two siblings were brought up by their father Amos – who went on marry again twice – and says the children briefly lost touch with their mother, Janet.

By the age of ten, Hanks had lived in ten homes in five different cities.

‘[The divorce] was more about complexity than crossfire,’ he says. ‘I never came across anybody that was abusive or angry to the point that they took it out on us.

‘We were confused because no one explained anything to us. No one said, ‘Hey listen, you guys are great.

‘You haven’t done anything wrong – give us a couple of moments and we will figure out what we are going to do’. Nobody ever said that to us.’

He had to pause to collect himself as he discussed the impact of hearing one of his music choices, Strauss’ Also Sprach Zarathustra, the theme to 2001: A Space Odyssey, on him as a teenager, after a nomadic childhood with his chef father Amos, living in 10 houses in five years.

He told host Kirsty Young: ‘This was the ‘Wow’ moment of my life going from kid trying to figure out what’s interesting in this life to young man yearning to be an artist.

‘I started asking myself…how do I find the vocabulary for what’s rattling around in my head. Not long after I started going to the American Conservatory Theatre by myself to see plays I had no idea even existed.’

The Cast Away actor, 59, admitted that his first marriage at 21 to actress Samantha Lewes, which produced children Colin and Elizabeth, had been to ‘quell the loneliness’.

He continued: ‘Having a kid at 21 was the greatest thing that ever happened to me because I didn’t smoke pot. I didn’t do drugs, I was not a party boy.’

It meant that by 27 years old, when he met his second wife, actress Rita Wilson, whom he married in 1988, ‘you end up meeting that other person that you’re like, ‘She gets it’.

‘I don’t think I’ll ever be lonely any more, that’s how I felt when I met my wife.’

Hanks picked Talking Heads’ Once In A Lifetime in tribute to his first date with Wilson at the band’s movie.

Memories of sharing a room with his brother and father as a seven-year-old and seeking a place where ‘I won’t be alone, I won’t be lonely, instead I’ll feel content’ made him pick Beatles’ track There’s A Place as another choice.

Among other topics, Hanks made Young laugh as he explained his indelicate re-writing of the script of Sleepless In Seattle, where he plays a widower whose son tries to find him a new wife.

It never fails to impress me when a child was brought up in a very rough way and goes on to be mind-blowingly successful.