After this week’s beat down in the republican presidential primary that THIS candidate got- now a questionable discovery has been made that is linked to the same candidate. Seriously though, it is the LAST thing this guy needs slithering into his campaign now[1]…but it’s already out to get him, and he’s going to be facing some difficult questions as a result. 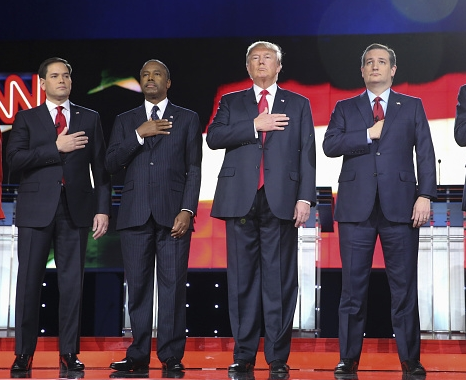 One of Rubio’s best friends and closest political supporters is Congressman David Rivera (R-FL), who is under investigation by the FBI.

Federal investigators have until next year to bring charges against Rivera about his ties to shady deals, including a $100,00 bribe from a gambling executive, and a secret transfer of $1 million from the corrupt dog track betting industry.
These donations helped direct Rivera and Rubio’s votes in favor of well-connected families who wanted exclusive gambling rights.

But the most damaging part of the report details Rubio’s massive contributions from a criminal who is now in prison for helping launder drug money from South America:

Mr. Rivera and Mr. Rubio were also involved in another dubious deal in the mid-2000s that is breathtakingly brazen even by Florida’s promiscuous standards and which was partially unraveled over many years by a joint FBI/DEA task force. One of the key figures in the scam was Alan Mendelsohn, a GOP lobbyist and fundraiser who raised about $2 million that he funneled to numerous Florida politicians or used for his personal benefit, according to his subsequent indictment. Of that amount about $1.5 million came from a crooked businessman named Joel Steinger.

Steinger was the founder and CEO of a private company called Mutual Benefits Corp., through which he pulled off a $1.2 billion Ponzi scheme that targeted elderly South Florida retirees and members of the state’s gay community.

Mendelsohn funneled money to politicians through various political entities, including a political committee he set up called The Ophthalmology PAC. Steinger gave him money in the hopes of winning political support for a bill that would exempt Mutual Benefits Corp. from state regulation.

Mendelsohn also got money to pass along to politicians from a few other dubious players, including a credit counseling firm and gambling companies.

Rivera and Rubio both received $50,000 contributions in December of 2003, paid by Mendelson through his Opthalmology PAC, to Rubio’s Floridians for Conservative Leadership PAC.

After those massive donations, both Rubio and Rivera voted for legislation which exempted Steinger’s Mutual Benefits Corp. from state regulations… a bill Mendelsohn aggressively lobbied for.

As late as 2009 – just two years before going to prison for corrupt lobbying practices, Mendelson was considered one of Rubio’s top fundraisers.

So why would the Republican establishment want Rubio as their candidate? There are too many questions about Rubio’s past that haven’t been answered.

Wow- now there is a drug money laundering scandal. Anymore nonsense thrown into the run for president of the U.S. and it will be far more similar to a fictional tv drama…then a serious run for President.