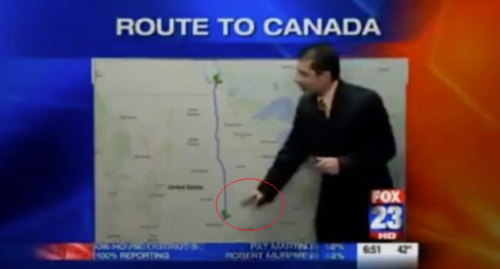 In a magnanimous gesture[2], a television traffic reporter in Oklahoma has kindly broadcast directions to Canada for all the folks who promised to flee there if Trump was elected. He does an excellent job pointing out the potentially tricky parts of the route, including super tricky stuff such as showing one’s passport or ID, you know, entering legally and all that good stuff. 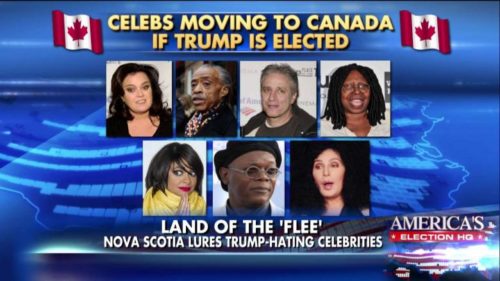 Many celebrities have claimed they will leave. But don’t hold your breath, they are not exactly known for telling the truth. These are the same people who thought Hillary was Presidential material. So it stands to reason they aren’t exactly thinking clearly. But perhaps the crisp Canadian air will sharpen their minds a bit. FYI silly celebrities; Canada already celebrated Thanksgiving so there’s that; no turkey and mashed potatoes for you. Enjoy your new homeland…if they’ll even take you. You didn’t get on the Trump Train, time to purchase a ticket on the Canadian Cart. Au revoir.