Trans Woman Says She Was Thrown Out of Bathroom…. Leaked Surveillance Footage Shows What REALLY Happened

In today’s world where just about everything you do is recorded in one way or another, it’s a wonder why anybody bothers[1] lying. 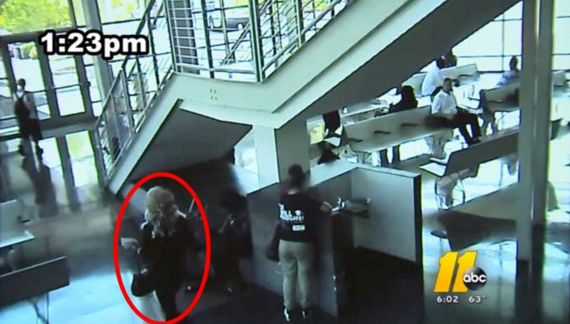 Across the country, states[3] and national retailers[4] alike are taking controversial stances on whether or not individuals can use restrooms “based on their gender identity.”

In North Carolina — where one such bill denies citizens the right to use bathrooms based on their gender identity — some individuals have beguntaking[5] bathroom selfies to show their opposition to the law.

On Thursday, Fox 8 reports[6] that Alexis Adams — who was born male but has been living as a woman for 5 years — tried to do just that, but what happened next has become a matter of debate between Adams and the city of Durham.

Adams said she was in the women’s restroom of the city-owned Durham Transit Center when a janitor entered and demanded that she use the men’s instead, threatening[7] to call security if she didn’t comply.

Adams says[8] that she was then escorted out, while nearby “bystanders were stunned” and she was left “humiliated beyond belief”:

“I couldn’t think. I couldn’t speak. I was speechless.

It was embarrassing. I was outed in front of everybody.”

Since local media picked up Adams’s story, the city has responded, releasing video of the alleged incident.

The footage appears to show Adams leaving the restroom by herself and of her own accord: 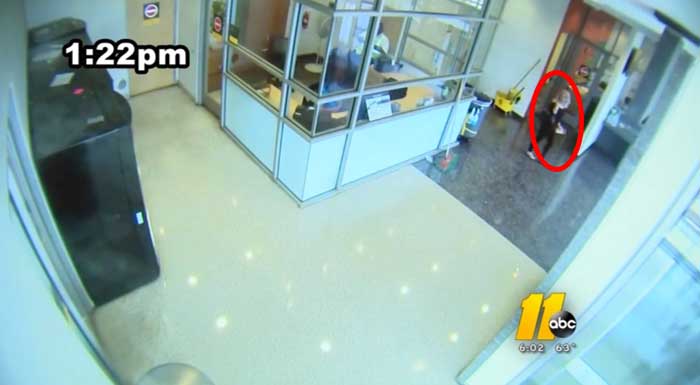 As well as exiting the building in the same way

“This is an allegation that the city takes seriously. We along withGotriangle[11] have investigated the claim aired on WTVD by talking to staff and police department personnel.

We also viewed the video and can find nothing to support this person’s claim that the incident described actually occurred.”

When asked to reconcile her account with the video and city’s findings, Adams said[12]:

“I can’t. I guess you just had to be there to witness it. The security did escort-ask me to leave the premises. They may not have dragged me out of the bathroom but they were there.”

Do you think this person is lying to get attention?