Most Transparent Administration Ever Bans Media, Demands ID and Shuts the Windows at Ferguson Townhall

Ferguson residents met with the Department of Justice. 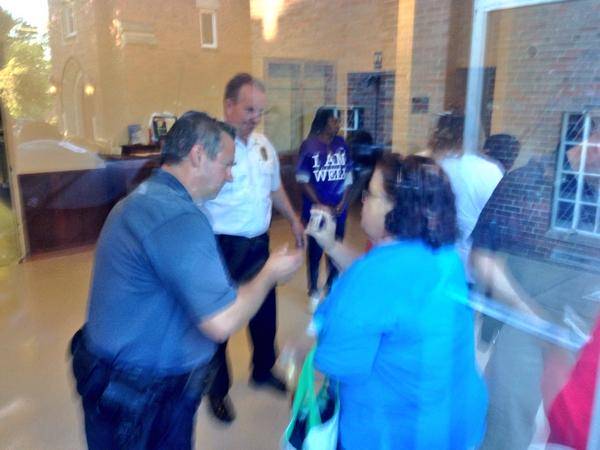 “Just got kicked out of DOJ #Ferguson meeting at Our Lady of Guadalupe. Signed in, showed ID, sat down.”

There were reports that the Justice Department ordered the windows at the meetings closed to prevent the barred media from even hearing what was being said at the meetings.

This is the same Department of Justice that opposes voter ID laws.

Great point. How is demanding identification to get into a town hall not racist? Anyone care to explain that?

Oh, because the DOJ is making the rules. And we all know, there’s no racism in the DOJ, right.