A lot of people, when they first heard of the Hillary Clinton email scandal, were giddy because they knew Trey Gowdy was going to go all Trey Gowdy on her over it.  Well, he’s trying to, but here’s what he’s found out[1]… 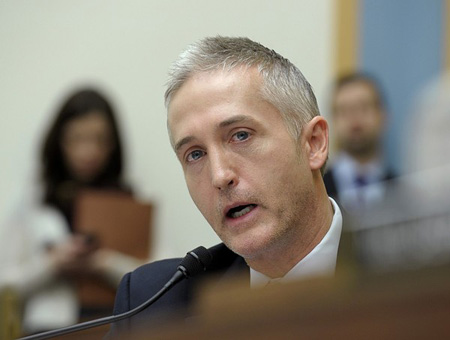 “We learned today, from her attorney, Secretary Clinton unilaterally decided to wipe her server clean and permanently delete all emails from her personal server,” Rep. Trey Gowdy (R-S.C.) said in a statement.

The conservative lawmaker said it was not exactly clear when Clinton deleted her emails, but said it likely happened after Oct. 28, 2014 when the State Department asked her to return public records. Clinton, a likely contender for the White House in 2016, has drawn intense scrutiny after it was revealed she conducted all business as secretary of state with a personal email.

“Not only was the Secretary the sole arbiter of what was a public record, she also summarily decided to delete all emails from her server ensuring no one could check behind her analysis in the public interest,” Gowdy said.

Gowdy’s office haven’t said what his next move is going to be.  Democrats are responding with a write of “what difference at this point does it make.”