Trey Gowdy to Hillary Clinton: ‘You Are Not Worth 18 Months of My Life’

Rep. Trey Gowdy (R-S.C.), chairman of the House Benghazi Committee, said this weekend that the last couple weeks have “been among the worst weeks of my life.” He is OVER the slander on his character[1] and is EXPOSING it’s true intent for what it really is! A strategy…that benefits Hillary!

He’s currently fighting back against attacks on his character and motives as critics are claiming the Benghazi investigation is merely a political exercise to go after former Secretary of State Hillary Clinton.

“Attacks on your character, attacks on your motives, are 1,000-times worse than anything you can do to anybody physically — at least it is for me,” Gowdy told Politico.

But Gowdy also said the “timing” of the “uptick in criticism” is not “lost” on him. Clinton is scheduled to appear before the Benghazi Committee to testify on Thursday.

“I don’t think that that is a coincidence; it’s an attempt to marginalize and impugn the credibility of the panel that’s going to be asking her questions,” he added.

The former prosecutor revealed that Rep. Peter Roskam (R-Ill.) warned him shortly after the investigation was launched that things would eventually get nasty.

He described it as an “older brother saying, ‘You keep believing in the tooth fairy.’”

“I knew it would get worse, but I didn’t know how bad,” Gowdy said.

Speaking directly on Clinton, Gowdy said it’s “hard” when people accuse him of engaging in a political witch hunt and told the Democrat, “You are not worth 18 months of my life, with all due respect.”

“Four dead people are, but you’re not,” he said.

For now, Gowdy says all he can do is “keep trying” to finish his investigation in the hyper-political environment in Washington. 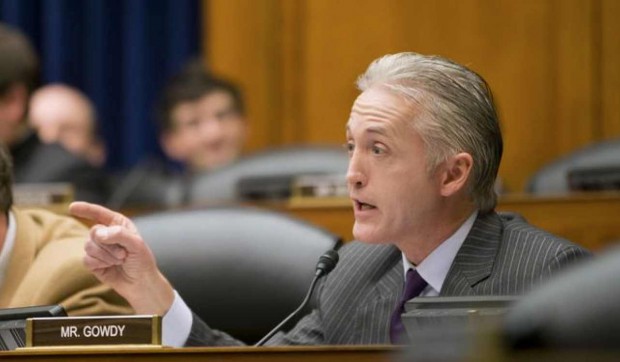 Fighting with the truth on your side is certain clarity, but doesn’t make it any easier. Not when those opposing you are soulless creatures of no conscience. It has to be absolutely exhausting to deal with the snakes Gowdy has to face.