Michael Isikoff who is one of America’s PREMIERE investigative journalists…blew up the news outlets with stories of the Clinton’s corruption at newsweek. Now- he’s set focus on the 2016 election…guess what he’s saying…[1] 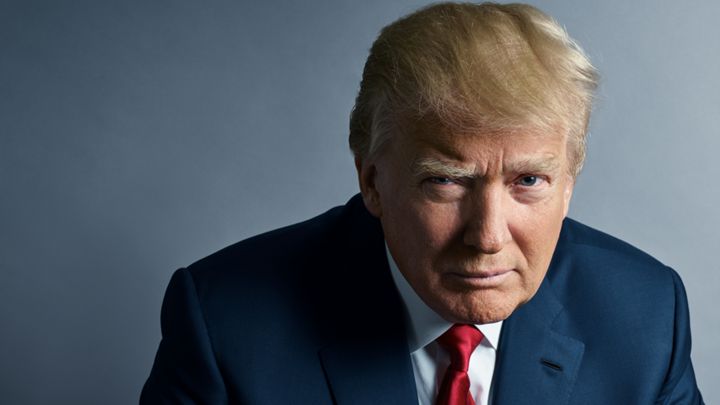 Now, Isikoff has a bombshell report about Donald Trump, that couldn’t come as a worse time. After a series of primary defeats last weekend, Ikikoff – who is now the Chief Investigative Correspondent for Yahoo News – explains Donald Trump’s close relationship with the mafia.

The focus of the report is Robert LiButti, a horse breeder who ran into legal troubles for his deep connections to Mafia boss John Gotti. New Jersey banned him from casinos due to his criminal activities.

The first report of Trump’s connections with LiButti came after Trump Plaza was fined $200,00 by the New Jersey Casino Control Commission after LiButti asked Trump’s employees to repeatedly remove African-American guests from the craps tables. The fine was for violating the state’s anti-discrimination laws.

“It was a substantial fine at the time,” said Mitchell A. Schwefel, then a New Jersey assistant attorney general who brought the state’s case against the Trump Plaza on behalf of the state Division of Gaming Enforcement. “That was a red-flag issue for us because that was conduct [by the hotel] that was not going to be tolerated.”
Trump himself wasn’t held responsible and claimed he didn’t even recognize his name. But LiButti’s daughter says this is false:

But Edith Creamer, LiButti’s daughter, told Yahoo News in two recent telephone interviews that Trump’s account was false and that Trump and her father knew each other quite well. “He’s a liar,” said Creamer. “Of course he knew him. I flew in the [Trump] helicopter with [Trump’s then wife] Ivana and the kids. My dad flew it up and down [to Atlantic City]. My 35th birthday party was at the Plaza and Donald was there. After the party, we went on his boat, his big yacht. I like Trump, but it pisses me off that he denies knowing my father. That hurts me.”
And her claims are backed up by evidence:

However, in the case of LiButti, Creamer’s account of direct dealings between her father and Trump would appear to be corroborated by a 1991 book written by John R. O’Donnell, the former president of the Trump Plaza casino. In the book, “Trumped!: The Inside Story of the Real Donald Trump — His Cunning Rise and Spectacular Fall,” O’Donnell recounts a meeting between Trump and LiButti aboard Trump’s private helicopter, a Super Puma, in the spring of 1988. Trump, according to O’Donnell, agreed to pay $500,000 for a racehorse named Alibi after LiButti showed him color photos of the “luxurious brown colt” and assured him he was going to be “another Secretariat.”

O’Donnell doesn’t use LiButti’s name in his book but describes him in unmistakable terms, calling the seller of Alibi a world-famous “horse broker” who was “our most lucrative player” at Trump casinos. O’Donnell, in a phone interview, confirmed to Yahoo News for the first time that the broker in question was LiButti. “Bob [LiButti] was selling him the horse, for sure,” O’Donnell said. “Everything in the book is true.”

Trump, according to O’Donnell’s account, then “insisted” that the horse be renamed D.J. Trump. But the deal blew up after the stallion grew lame from illness and Trump sought to renegotiate the purchase price, enraging LiButti and causing him to temporarily boycott Trump’s casinos, according to O’Donnell. Trump “reneged on the deal when the horse came up lame,” said O’Donnell in the phone interview.
Isikoff also reports it obtained a full transcript of a Sept. 4, 1990 incident where undercover New Jersey State Police taped a discussion between LiButti and Trump’s top Atlantic City executive, Edward Tracy. In the wired conversation, LiButti repotedly brags about his relationship with Donald Trump, offers him advice about his then-affair with Marla Maples, and claims Trump once covered LiButti’s $350,000 gambling loss at the casino. Wow!

In the conversation, LiButti also offered personal advice, telling Tracy that Trump needed to “get rid of the broad” — a reference to his then publicized affair with Marla Maples. And he lamented the toll that both the business and personal issues were taking on Trump at the time.
“He’s lost that aggressiveness. … Walks around like a f***ing banana. I can believe it’s Donald Trump. I don’t understand it,” LiButti says.

“Yeah, I know you were shocked when you saw him,” Tracy replies.

LiButti recounts how on one occasion, when he had blown $350,000 at the Plaza craps tables, Trump personally handed him a check — apparently as a so-called comp to keep him coming back. “As I’m checking out … they call Donald. He goes in his pocket and takes out the f***ing check and goes, ‘I want to present this to you myself.’” (When questioned about that claim at the time by reporter David Cay Johnston, then with the Philadelphia Inquirer, Trump denied it, saying, “I never gave him a check at all.”)

What do you think about Trump’s apparent ties to the mafia?