Trump in the Hood: Trump Boasts Blacks will like me better than Obama 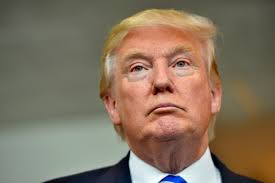 [1]I think Trump has a good shot of making his claim come true considering Obama’s policies have done nothing to lift the Black community.

In an interview airing Sunday on Fox’s “Media Buzz,” Trump told me there is already great affection for him in the black community

“Look, the African Americans love me because they know I am going to bring back jobs,” he told me at the Trump International Hotel in Las Vegas.

Okay, a pretty standard Trumpian boast. But then he said this:

“They are going to like me better than they like Obama. The truth is Obama has done nothing for them.”

The statement was so audacious that it took me a split-second to react.

The billionaire didn’t back off.

The proof will be in the pudding. But, I predict the corrupt media machine will do everything they can to show a bleak picture of the Hood under Trump. It’s what they do.