Trump Just Got AMAZING News – This Could Change Everything

From the looks of these numbers…Trump is wildly surpassing other candidates in the polls[1]. He definitely has reason to smile today. 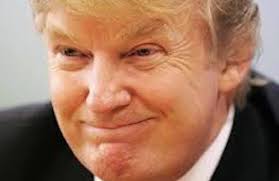 By conventional political wisdom, Donald Trump should be a presidential has-been by now.[3]

But two weeks ahead of the final Republican debate of the year and two months before the first votes of the primary season are cast, Trump’s rambunctious presidential campaign is thriving.

Controversies and outrages that would topple ordinary political candidates leave Trump without a scratch. In fact, the Republican front-runner seems to be deliberately stoking the outrage among his supporters that sustains his campaign — whether it’s by embracing unsubstantiated claims that thousands of Muslims in New Jersey cheered the fiery collapse of the World Trade Center on September 11, 2001, or by advancing his disputed charge that the Obama administration wants to ship 200,000 Syrian refugees to the United States who could include terrorists.

In a season of political anger, a pundit-confounding, anti-establishment wave has lifted political newcomers like Trump and left conventional candidates like Jeb Bush and John Kasich floundering. And, in the absence of a unified GOP establishment opposition, the fractured, bloated GOP field gives Trump a real chance of capturing early voting contests that are the gateway to a sustained bid for the nomination.

This next election is certainly proving to be the most exciting, and even more so, the most important Presidential election in decades.