Trump Just Had This To Say About Gay Rights And Naturally, Outrage Has Ensued

Donald Trump is taking a quite conservative and marvelous approach to politics. When it comes to people, he doesn’t define them based off of their gender, race or sexual orientation, as the Left wants him to.

For instance, Trump will go after Hillary Clinton or Carly Fiorina just as much as he goes after Marco Rubio and Jeb Bush. He treats everyone the same. So, of course, he’s causing quite a stir[1] with his latest statement. 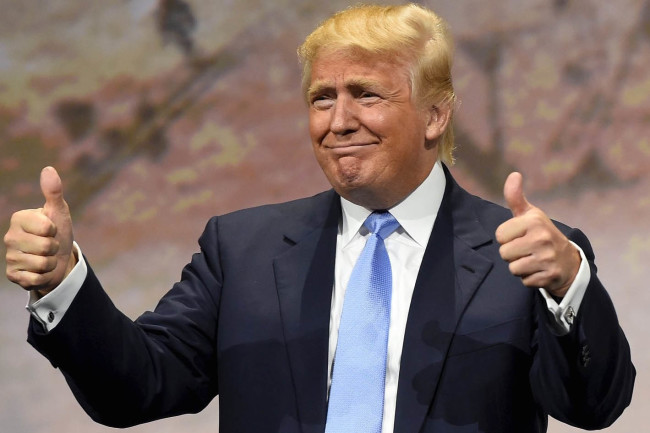 Trump was being interviewed by New England Cable News reporter Sue O’Connell, who identified herself as a lesbian. “When President Trump is in office can we look for more forward motion on equality for gays and lesbians?,” she asked.

“Well, you can,” Trump answered. “And look, again, we’re going to bring people together, and that’s your thing and other people have their thing. We have to bring all people together and if we don’t we’re not going to have a country anymore.”

Trump’s statements brought out reactions from readers of The Right Scoop.

“Trump is the Republican Obama saying whatever he thinks will get him votes….his supporters are in for a big surprise if he is elected,” wrote Ezrollin.

There’s no reason for conservatives to be outraged. Trump is simply saying that he is not going to define people into these identity groups like Democrats have done.

Basically, what the Left does is pit gays against conservatives and there’s no need for it. You can be pro-traditional marriage and not anti-gay. Not to mention, Trump seems like a guy that is going to treat gays just like he treats everyone else. He’s not going to treat gays like their some kind of special group of people with special rights and needs.

That’s what the Left does. That doesn’t seem like that’s what Trump is going to do.