Prominent Hillary Clinton donor and alleged presidential candidate Donald Trump…actually, this is a serious story because a young girl was allegedly murdered by an illegal immigrant that was deported FIVE TIMES and was only still in the country due to red tape.  Trump says in a statement[1]… 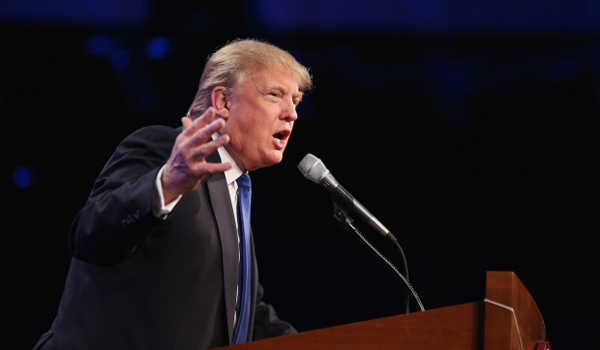 “This is an absolutely disgraceful situation and I am the only one that can fix it,” Tump said in a statement. “Nobody else has the guts to even talk about it. That won’t happen if I become president.”

The real-estate billionaire concluded, “The American people deserve a wall to protect our jobs, economy and our safety. I am the only candidate who would build it.”

I guess you would have to believe him, even though this week when he was getting blasted for his rhetoric on illegal immigration, decided that he is for amnesty[3]. I do however want to know what the serious Presidential candidates are going to do about this.