Whoa…wait a minute. WHAT!? It’s been an ugly race thus far with insults on Ted’s Dad, Ted’s Wife, Ted Himself…and now this? Many have hoped for it, many more have considered it. Now, it looks like ….it’s a total possibility![1] 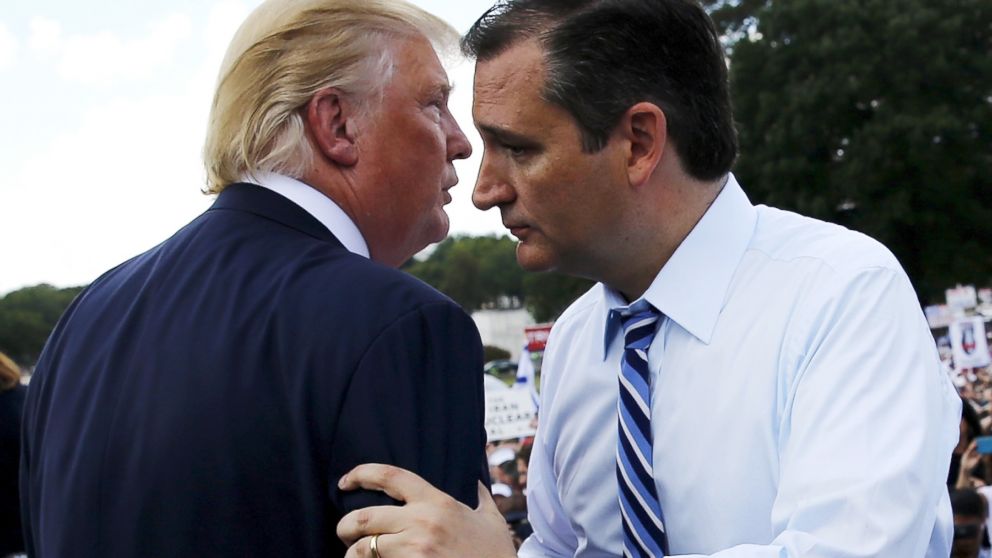 From Weasel Zippers via The Hill:

“I respect Ted,” he told host Bill O’Reilly on Fox News’s “The O’Reilly Factor.” “He was a very strong competitor. He really competed hard and tough.

Cruz suspended his Oval Office bid shortly afterwards, saying that his results in the Hoosier State “foreclose” his path to the Republican presidential nomination.

Trump on Wednesday said that he does not resent Cruz for their often bitter contest against one another.

“It’s an easy thing,” he said of the nominating process. “He said some things and he made some things up and he took some things that were said out of context.”

This is by no means a ringing endorsement but the fact that Trump would consider it says a lot about Trump changing his tone now that he is the nominee.

Still in awe…just over night, Lying Ted has turned into… sure, maybe Ted for my VP. Could this have been the plan all along?