Poor Andrew Cuomo[1] never saw this coming. After questioning Trump’s comments about Clinton, Cuomo felt the full force of the “Trump Train” and he might need rehabilitation to get back on his feet. 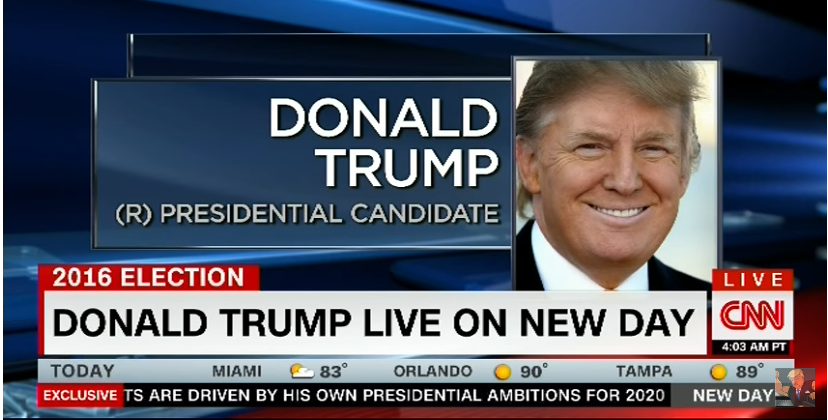 CNN host Chris Cuomo got off on the wrong foot during an interview with GOP presidential candidate Donald Trump when the first thing he asked him about was his attacks on Democrat rival Hillary Clinton.

Cuomo, who claimed he wanted to talk about policy, told Trump many voters thought he was hypocritical for calling Hillary Clinton Bill’s enabler[3].

“Well, this is a nice way to start off the interview,” Trump told Cuomo.

And it got better.

“First of all, you should congratulate me for having won the race,” Trump said.

“I thought, you know, at least there would be a small congratulations, but I’m not surprised with CNN, because that’s the way they treat Trump … They call it the Clinton Network and I believe that. So, you know, let’s start off right there.”

When Cuomo said he did congratulate Trump on his win last week, Trump spoke over him and said, “Thank you very much. So warm and so well-felt.”

Cuomo attempted to “restart” the interview, but again asked Trump about his attacks on Clinton.

Trump corrected Cuomo and said that Clinton wasn’t the first thing he began talking about after his wins last week[4].

Watch the full interview below: