That racist Trump is back at it again! Oh, wait, he is actually picking people of color and women for cabinet positions? And he met with a black conservative veteran today?

Well he’s still racist, obviously, because I say so, regardless of what the evidence says. 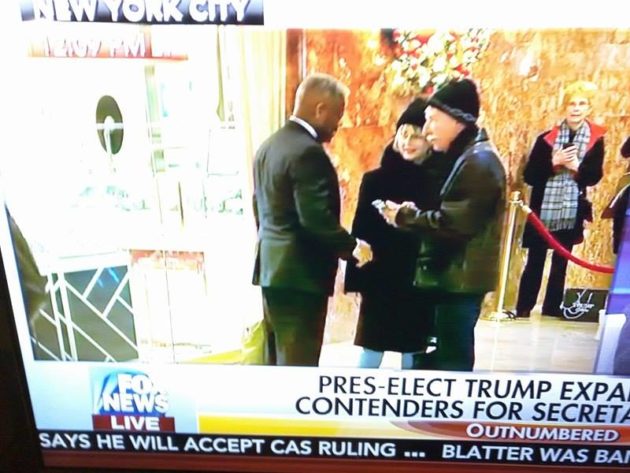 West allegedly met with Vice President-elect Pence[2] today and while he didn’t have much to say about what was discussed or offered, what he did say[3] was extremely humbling and reminds us all why we love him so much.

Former Rep. Allen West (R-Fla.) met with Vice President-elect Mike Pence and several other members of the incoming national security team to discuss ways the former Army lieutenant colonel may be able to “continue to serve” his country.

“Nothing was offered. I mean, they know my reputation very well,” West told pool reporters in the lobby of Trump Tower following the meeting.

“I’m just a simple soldier and I’m the third of four generations that served this country going back to my father in World War II, and we still have a relative of ours that is continuing to serve in the Army now,” he added.

I would most certainly like to see West in the Trump Administration so long as they could find a position that would suit him best. He is a smart man and has a lot of wisdom to offer, and his level-headed demeanor could hopefully rub off on Trump.