Trump to Bill Clinton: I Dare You to Address Women’s Issues 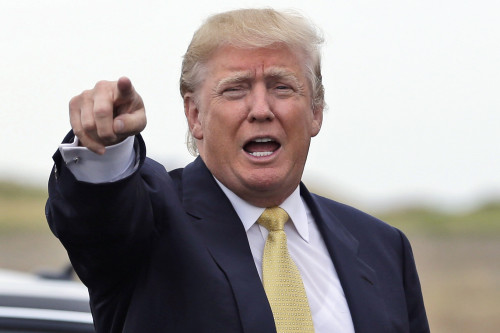 When you are the victim of a serial sexual exploiter but you refused to stand up for other women who were abused by the same person, that makes you a hypocrite. And Donald Trump [2]is rightly calling Hillary and her infamously exploitative husband out on this one. You can’t champion women by staying silent about their abuse.

“I hope Bill Clinton starts talking about women’s issues so that voters can see what a hypocrite he is and how Hillary abused those women,” Trump said in a tweet Saturday, referring to sexual allegations made against the 42nd president.

I hope Bill Clinton starts talking about women's issues so that voters can see what a hypocrite he is and how Hillary abused those women!

At least five women claim to have had consensual extramarital affairs with Clinton, while at least two women have accused him of sexual harassment, and one of rape.

Trump has used the former president as an avenue to attack his wife, Hillary Clinton, the Democratic primary front-runner.

After Hillary accused him of being a sexist, Trump said he “had no choice” but to bring up her husband’s past infidelities.

For Hillary, it seems that power is the aphrodisiac of choice. And she will do anything to be the next President and have that power, no matter how many other women she needs to trample to obtain it. Trump understands this about Hillary and Bill Clinton. And he’s calling them out.