The obnoxiously liberal mainstream media has settled into a familiar pattern. They scrutinize every remark made by Donald Trump and herald each and every instance where his comments could possibly be creatively construed to be out of line. Meanwhile, they shrug off the deaths in Benghazi caused by Hillary Clinton’s inaction and her active treason. Recently, Trump made a comment about the Second Amendment and the left absolutely flipped. However, the same media that condemns Trump has forgotten that Hillary once called for the assassination of Barack Obama[1] when they were bitter rivals. 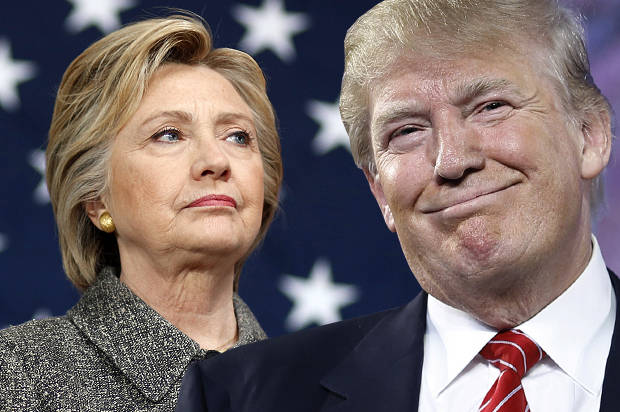 Now that the media has come out and gone so far as to ADMIT they’re biased against GOP presidential nominee Donald Trump, it makes perfect sense why they continue to make mountains out of every off-the-cuff statement the candidate makes. And it makes sense, too, then that the media have given total passes to Trump’s Democrat counterparts for making much more pointed and potentially inflammatory remarks.

We reminded y’all the other day of President Barack Obama’s[3] own inflammatory comments the media seemed to conveniently ignore while they make much ado about Trump’s Second Amendment comments from earlier this week.

“If they bring a knife to the fight, we bring a gun. Because from what I understand, folks in Philly like a good brawl. I’ve seen Eagles fans.”

Later that year, as polls showed a close race between Mr. Obama and Republican nominee John McCain, Mr. Obama urged a crowd of about 1,500 at a campaign rally in Elko, Nevada, to get confrontational in their community for him.

“By the way, and if she gets to pick her judges, nothing you can do, folks. Although the Second Amendment people, maybe there is, I don’t know.”

Trump quickly clarified his remarks, as meaning, “pro-2A citizens must organize and get out vote to save our Constitution!”

Of course, no one professed more indignation over Trump’s Second Amendment comments than this year’s Democrat presidential nominee Hillary Clinton. And, of course, the Queen of Hypocrisy conveniently forgot her own words from 2008 that eerily suggested, in the minds of many, that she was awaiting the assassination of her opponent, then-candidate Barack Obama.

Via The American Mirror[5]:

While Hillary Clinton’s campaign feigns outrage over Donald Trump’s comment about protecting the Second Amendment from an activist Supreme Court, it’s unclear whether her own campaign distanced itself from their own candidate in 2008 when she implied Barack Obama could be assassinated as the justification for her staying in the primary race.

Likely trying to shift the conversation away from the Orlando terrorist’s father attending[6] Hillary’s rally the previous day, the Clinton campaign attempted to claim Trump was advocating for the assassination of Clinton.

“This is simple — what Trump is saying is dangerous. A person seeking to be the President of the United States should not suggest violence in any way,” spooked campaign manager Robby Mook said, according to CNBC[7].

But Clinton’s campaign didn’t speak up when she implied the reason she was staying in the primary process so long in 2008 was that Obama could be assassinated.

“My husband did not wrap up the nomination in 1992 until he won the California primary somewhere in the middle of June, right?” Clinton told a South Dakota newspaper editorial board. “We all remember Bobby Kennedy was assassinated in June in California. I don’t understand it.”

Pretty stunning, isn’t it, to suggest that she was staying in the race in the hope that none other than potentially the first black president would be assassinated? She actually uses the word “assassinated” — so there’s no need even to read into it as the media and Clinton herself are doing with Trump’s comments.

Of course, the media and your Hillary Clinton-supporting friends won’t bring this up — so we will!

Even if we accept that Trump called for armed revolt in the event that our Constitution is ignored – and that’s a big “if” – I fail to see what the problem is.

In this view, if a tyrannical government attempts to revoke our constitutional rights, resistance (including armed revolt) is not only our right, but our duty as Americans.

Just as I pray nobody ever attempts to abduct my child, I pray that American officials never usurp the power of the people. But if they do, they should be aware of Americans’ resolve to preserve liberty…