Just when you think there is no other way things could become even more ridiculous, we learn who these particular Muslims are calling heroes… It’s awful.[1]

Remember this when the leftists try to sell you the “majority of Muslims condemn Islamic terror” myth.

This is consistent with the numerous polls conducted both in the US and Europe showing alarming support for jihad terror in the cause of Islam.

And Yves Goldstein, a councilman from Schaerbeek and chief of staff for the minister-president of the Brussels Capital Region, blames Belgian non-Muslims for not integrating these young people. The possibility that the Muslim youth think of themselves as the “best of people” (Qur’an 3:110) and have no desire to assimilate into the society of the “most vile of created beings” (Qur’an 98:6) doesn’t enter his mind. 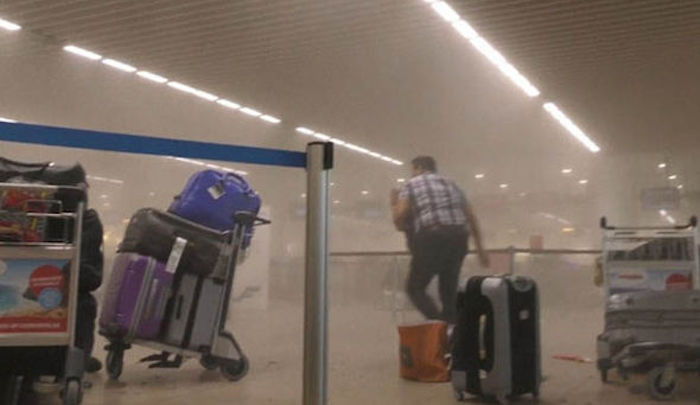 Friends who teach the equivalent of high school seniors in the predominantly Muslim districts of Molenbeek and Schaerbeek told him that “90 percent of their students, 17, 18 years old, called them heroes,” he said.

Mr. Goldstein, 38, grew up in Schaerbeek, the child of Jewish refugees from Nazism. Now a councilman from Schaerbeek, he is also chief of staff for the minister-president of the Brussels Capital Region….

But “we failed,” he said. “We failed in Molenbeek” and Schaerbeek, too, to ensure the mixing of populations.

Jews have left Schaerbeek, and the last two synagogues are being sold. Instead, there is a kind of suffocating, insular, ethnic uniformity. “These young people will never go to museums until 18 or 20 — they never saw Chagall, they never saw Dalí, they never saw Warhol, they don’t know what it is to dream,” Mr. Goldstein said.

Of course there is poverty and unemployment, he said. “But we don’t give these young people the keys to think differently, to think outside the little box, the little neighborhood where they live — this ideological box, this closed-eyes box.”

As for the terrorists, “religion for them is a pretext,” he said. “They believe in nothing. But Islam is the way they find to express, to crystallize their radicalization.”

Young people whose parents or grandparents were immigrants face serious questions of identity, Mr. Goldstein acknowledged, speaking during and after a conference here of the German Marshall Fund. “But identity is a two-sided relation” — between young Muslims and ourselves.

“We have to fight racism and discrimination with the same force” as radicalization, he said, because “our society gives to these young people a bad idea of who and what they are.”