Truth be told? Co-Founder Of Weather Channel: Climate Change Proved To Be “Nothing But A Big Lie”…

Is the truth finally been told in the climate change saga? John Coleman, who co-founded the Weather Channel, shocked academics by insisting the theory of man-made climate change was no longer scientifically credible.[1] 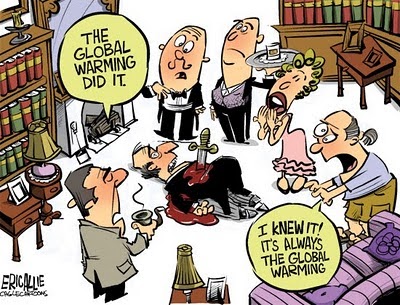 John Coleman, who co-founded the Weather Channel, shocked academics by insisting the theory of man-made climate change was no longer scientifically credible.

Instead, what ‘little evidence’ there is for rising global temperatures points to a ‘natural phenomenon’ within a developing eco-system.

In an open letter attacking the Intergovernmental Panel on Climate Change, he wrote: “The ocean is not rising significantly.

“The polar ice is increasing, not melting away. Polar Bears are increasing in number.

“Heat waves have actually diminished, not increased. There is not an uptick in the number or strength of storms (in fact storms are diminishing).

“I have studied this topic seriously for years. It has become a political and environment agenda item, but the science is not valid.”

Mr Coleman said he based many of his views on the findings of the NIPCC, a non-governmental international body of scientists aimed at offering an ‘independent second opinion of the evidence reviewed by the IPCC.’

He added: “There is no significant man-made global warming at this time, there has been none in the past and there is no reason to fear any in the future

Thank you Mr. Coleman for echoing what a lot of people have been saying for a long time. I wonder what the climate people are thinking now that their house of cards is beginning to fall.