Many continue to wonder why Bruce Jenner is deserving of an ESPY award. His willingness to finally succumb to his own delusions concerning his gender, evidently, is enough for the folks at ESPN to give him an award. However, according to the New York Daily News[1], many sports fans are outraged and calling for someone more well-deserving to receive the Arthur Ashe Award. 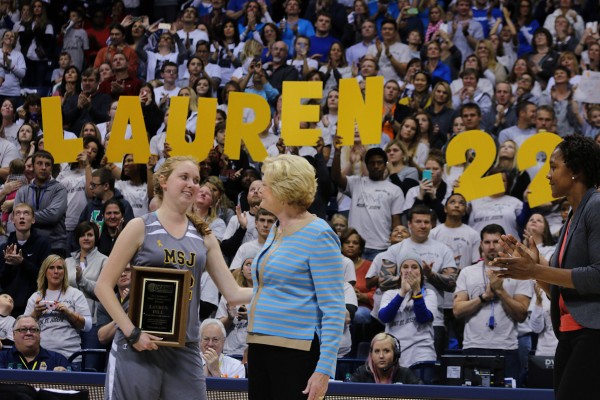 The network announced Monday afternoon that Caitlyn Jenner would receive the Arthur Ashe Courage Award[3] at next month’s ESPYs award show in Los Angeles, honoring the person formerly known as Bruce Jenner for “(showing) the courage to embrace a truth that had been hidden for years, and to embark on a journey that may not only give comfort to those facing similar circumstances, but can also help to educate people on the challenges that the transgender community faces,” ESPYs executive producer Maura Mandt said in a statement announcing the award.

While Jenner has been celebrated for her choice, ESPN has been criticized for making Jenner its choice.

Many sports fans are accusing ESPN of chasing the day’s trend and forgetting the not-so-recent past.

College basketball player Lauren Hill,[4] who battled a brain tumor during her freshman year at Mount St. Joseph’s before dying, is the name being bandied about on Twitter as the person ESPN should have honored on July 15.

“Glad Jenner is finally able to live life on her own terms, but the Ashe award for courage? Lauren Hill deserves that,” Cliff Saunders tweeted[5].

“While I think it’s cool @ESPN is awarding Caitlyn Jenner, there was nobody more courageous than Lauren Hill in all of sports,”Mike Piff tweeted[6].

“@ESPYS happy that Jenner is finding peace. But how can you not choose Lauren Hill?” Total miss in my opinion,” tweeted Garrett Self[7].

Hill dedicated the final months of her life to raising funds to help fight cancer — she was afflicted with Diffuse Intrinsic Pontine Giloma, a type of brain tumor that normally affects children and has a low cure rate — and raised more than $1.5 million before she died[8] on April 10.

Jenner does, however, have a supporter in tennis icon Billie Jean King.

“Caitlyn Jenner is finally able to live her truth, and it has taken an immense amount of courage to do all she has done,” the New York-based women’s tennis champ and openly gay LGBT activist told the Daily News.

However one feels about Bruce Jenner’s transformation, his decision to transform his outward appearance hardly qualifies as an act of bravery. True bravery, as many have noted, is looking death in the face and standing tall until the very end.