Police investigating a shooting in Troy, Alabama stumbled across a disturbing video of party-goers ignoring a gang-rape on a spring break beach in Florida. The details of the video seem to verify that there is, in fact, no punishment too severe for certain criminal behavior. The rape occurred in broad daylight, during spring break, on Panama City Beach[1]. 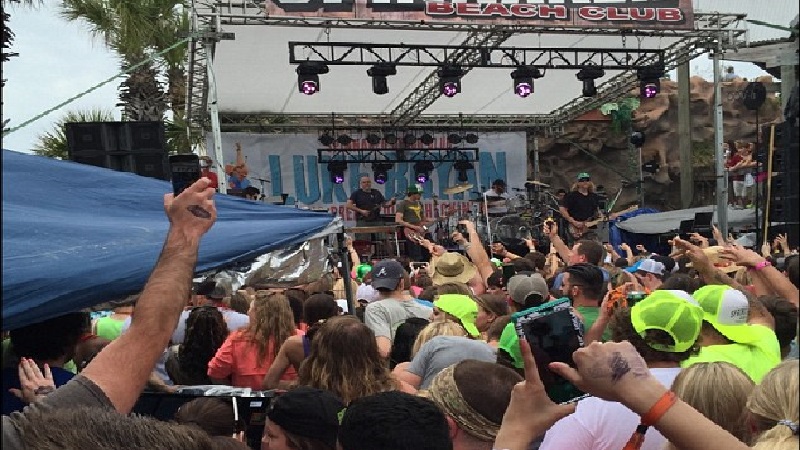 The footage was uncovered on a cell phone during an unconnected investigation into a shooting in Troy, Alabama.

Alerting the Bay County Sheriff’s Office, the two departments worked together to identify two suspects and the alleged victim.

Troy University students Delone’ Martistee, 22, and Ryan Austin Calhoun, 23, have been suspended from college while they are detained for questioning, WSFA reports.

According to McKeithen, one man is heard in the clip saying, ‘she isn’t going to know,’ before putting his hand inside her bikini bottoms.

He told a press conference: ‘This is happening in broad daylight with hundreds of people seeing and hearing what is happening and they are more concerned about spilling their beer than somebody being raped.

‘This is such a traumatizing event for this girl. No one should have to fear this would happen in Panama City Beach, but it does.’

According to the Panama City News Herald, the woman believes she was drugged before the attack.

She told deputies during an interview that she was afraid to report the incident because she couldn’t remember many details.

Self-absorbed party-goers more concerned with the well-being of their beer than the unconscious girl who is being gang raped… Sounds like one heck of a crowd. It also sounds like, maybe, there’s a reason so many people consider the annual party on Panama City Beach to be little more than an invitation for disaster.