June is Gay Pride Month and the United States women’s soccer team is celebrating by wearing gay pride jerseys in their upcoming matches against Sweden and Norway. But not everyone on the team is willing to play along. One Christian player is refusing[1], even though it means she won’t get to play. 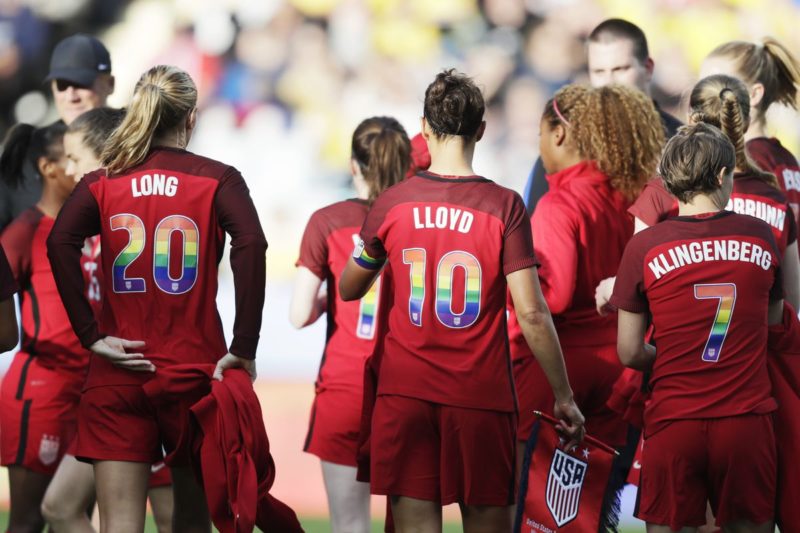 Jaelene Hinkle has decided to skip the upcoming games for “personal reasons.” But Hinkle is known to be an outspoken Christian who is not shy about voicing her beliefs on the LGBT agenda and same-sex marriage. When the Supreme Court legalized same-sex marriage in 2015, for example, Hinkle took to Instagram to voice her opposition.

“I believe with every fiber in my body that what was written 2,000 years ago in the Bible is undoubtedly true,” she wrote. “It’s not a fictional book. It’s not a pick and choose what you want to believe. You either believe it, or you don’t. This world may change, but Christ and His Word NEVER will.”