Aner Manuel was in a bad side of town and ordered an Uber driver to get him out of there. When the Uber driver pulled up, Manuel noticed there was a passenger in the front seat. He clarified on facebook that his ride wasn’t an UberPool and mentioned that he thought maybe the front seat passenger was a family member. He couldn’t be further from the truth. 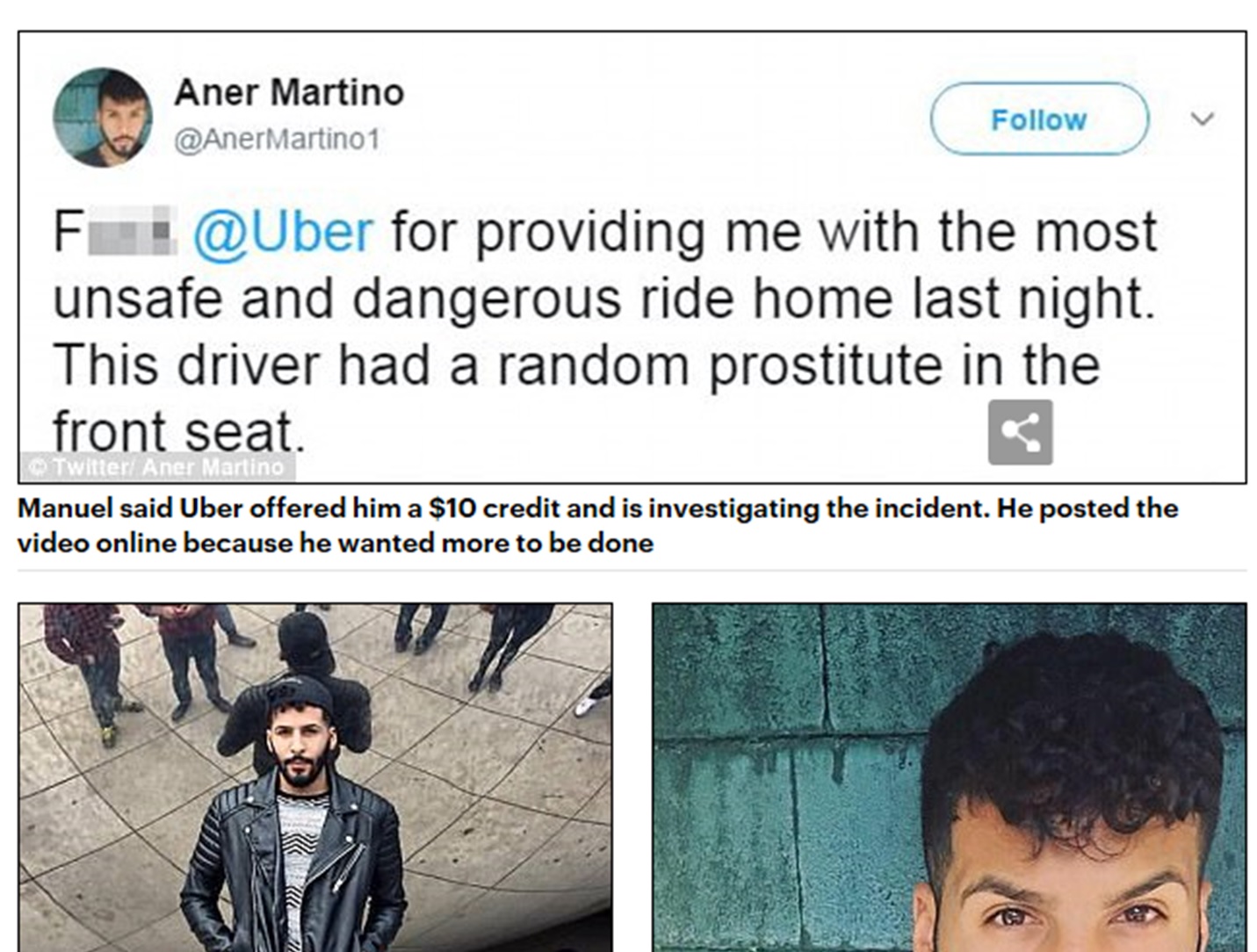 He wrote in his Facebook post:
As I approached my Uber, I noticed there was a passenger in the front seat. I double checked to make sure I didn’t select UberPool, and then approached the car.

I assumed it may have been a family member of some sort. As we pulled off the female in the front (who was clearly on drugs) attempted to open the door and could not even sit straight as the vehicle was in motion.

Manuel got into the car but little did he know just how uncomfortable things were going to get for him. He claims that he was stuck his Uber ride for more than two miles while drunk prostitute groped and performed oral sex on the driver. Manual was horrified as he filmed the ‘most dangerous and inappropriate ride ever’ on his social media media account in Chicago around 3am on July 17.

In the short nasty clip you see ‘woman’ kissing the driver, then lowering her head into his lap… the whole time there is mood music playing over the stereo. The whole time you can see the driver looking at directions and driving the car as the prostitute does her thing. In the video you can hear Manuel telling the driver to pull over so he can exit the car.

Manuel posted the video online after Uber only offered him a $10 credit for his terrible ride. His hope was that the complaint on social media would go further to make changes on Uber so this doesn’t happen to other passengers.

Yes, there is an actual video. I am only linking to the story because of it’s offensive nature. WATCH HERE[2]