As if America doesn’t have enough to worry about, we are now receiving intelligence that China may be gearing up to release nuclear submarines.

For anyone who was worried about Chinese aggression[1] before, you’re really going to freak out now. 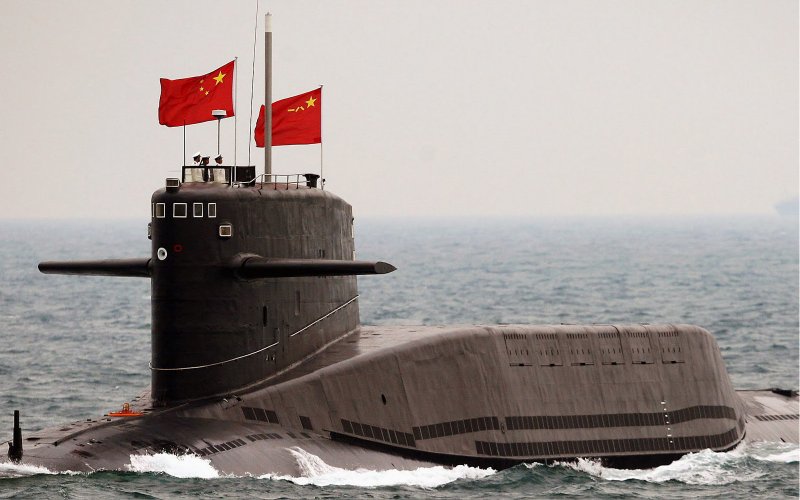 China’s about to join an exclusive club for nuclear powers[3]. After decades of development, 2016 could be the year the Chinese navy finally sends its ballistic-missile submarines—“SSBN” is the Pentagon’s designation—to sea for the first time for operational patrols with live, nuclear-tipped rockets.

If indeed the Jin-class subs head to sea this year, China[4] will achieve a level of nuclear strike capability that, at present, just two countries—the United States and Russia—can match or exceed.

“China will probably conduct its first SSBN nuclear deterrence patrol sometime in 2016,” the Pentagon[5] warned in the latest edition of its annual report on the Chinese military[6], published in mid-May. Once the Jins set sail, Beijing will command a nuclear “triad” composed of ground-, air- and sea-launched nuclear weapons.

That’s a big deal, according to the dominant theory of nuclear warfare. “The theory is that a diverse array of delivery systems creates survivability by complicating a first strike,” Jeffrey Lewis[7], an expert on nuclear geopolitics with the James Martin Center for Nonproliferation Studies, told The Daily Beast.

In other words, if a country possesses all three kinds of nukes, it’s harder for an enemy to wipe them all out in a surprise attack. And if you can’t destroy your enemy’s entire atomic arsenal, he can nuke you back—so you’d better not attack at all.

The word for that is “deterrence.” And China could be on the verge of gaining a deterrence capability that most countries simply can’t afford. China reportedly possesses several hundred atomic warheads, but no one outside of the Chinese Communist Party leadership[8]and, perhaps, top foreign intelligence agencies, knows the exact number.

Regardless, that’s far fewer than the roughly 7,000 warheads that the U.S. and Russia each possess[9] but more than any of the world’s other nuclear powers, with the possible exception of France. And compared to Beijing only Moscow and Washington boast a wider range of launchers for their nukes.

One wrong move right now could launch another World War and this time it could very well be that we don’t recover from the effects.