How this is not different from what the governor of Virginia did that led him to being convicted in Federal court for taking bribes? 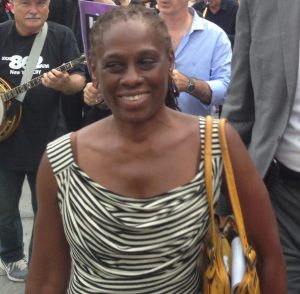 NY Pos[2]t reports First Lady Chirlane McCray is heading back to Italy — with NYU picking up the $6,500 tab.

The mayor’s office announced Tuesday she will leave Wednesday for a four-night, NYU-sponsored conference in Florence.

The school — which won city approval for a controversial $6 billion expansion in Greenwich Village — is paying McCray’s way. One city official estimated the cost at $6,500.

The event runs from Thursday through Sunday.

“The first lady will travel to Florence to discuss the significant role of art and culture in helping young people develop a healthy self-image,” said mayoral spokesman Peter Kadushin. An NYU spokesman said, “Ms. McCray was invited . . . in recognition of her interest in culture, particularly as it relates to the African-American community.”