Unforgettable: After An American Sergeant Gave His Life For This Soldier He Honored his Life

Touching! American sergeant gave his life for a soldier in Afghanistan and the man decided to honor his hero in an unforgettable way.[1] 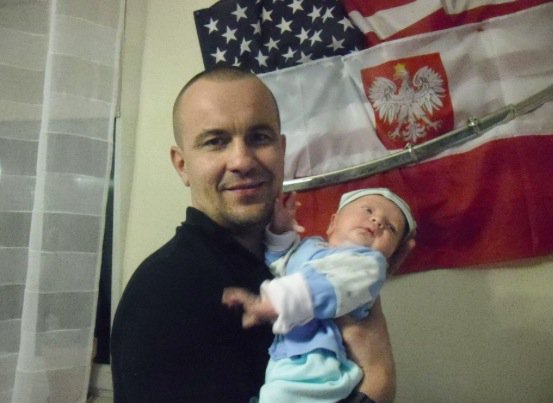 After an American sergeant gave his life for a soldier in Afghanistan, the man decided to honor his hero in an unforgettable way.

Sergeant Michael H. Ollis and Polish officer Karol Cierpica were on base together in Afghanistan in 2013. Then, in August, they came under assault by heavily armed Taliban terrorists, one of whom was strapped into a suicide vest and coming right at them.

Thinking about his ally instead of himself, Ollis stepped in front of Cierpica, shielding him from the blast. Ollis was killed.
Cierpica never forgot Ollis and wanted to show his appreciation for his rescuer. So he named his newborn son after his hero.

According to Radio Poland:

Lieutenant Karol Cierpica has called his son Michał (the Polish for Michael) in honour of his saviour. Robert Ollis, father of the fallen soldier, has said he and his wife Linda are ”delighted” by the news.

”I thought of the baby as a grandson,” he told US paper the Staten Island Advance.

“We are very happy and honoured.”
Honored by the gesture, the Ollis family gave Cierpica’s newborn son a teddy bear knitted from the Sergeant’s khakis.

Thank God for people like this. This solider is alive and is able to celebrate his sons life because of the sacrifice of a fellow solider. What an amazing way to honor the man who gave him this opportunity.