The University of Vermont held a three day retreat for students who ‘self-identify as white’[1] to discuss the topic of ‘white privilege.’ Why,when,how? It’s all here…THIS is what we know!

The free program entitled, ‘Examining White Privilege: A Retreat for Undergraduate Students Who Self-Identify as

White’ took place over the weekend and was sponsored by the university’s African, Latino, Asian, Native American and Bi/Multiracial Student Center (ALNA).

‘It’s a new retreat specifically for white students to engage in building a stronger and inclusive campus community,’ ALANA stated on its website of the desire to create an accepting environment for its students. The retreat was also focused on combating racism. 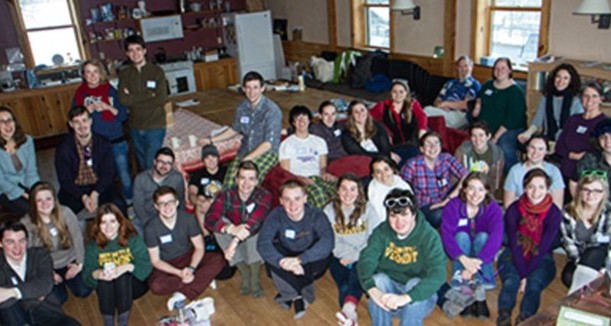 The retreat held at the Common Ground family Center was aimed at answering questions such as ‘What does it mean to be white?’ and ‘How does whiteness impact you?’

The center where the retreat was held advertises its use of solar energy and offers services such as civil unions and family reunions, reports Campus Reform.

It was a ‘great opportunity to talk about an identity that I had not previously felt equipped to comfortably discuss,’ said one student who attended the retreat in the past.

‘EWPR was a great opportunity to talk about an identity that I had not previously felt equipped to comfortably discuss,’ sophomore Abby Freas said.

The university’s Center for Cultural Pluralism recommends the following books for retreat participants and other interested students: ‘The Invention of the White Race,’ ‘White Privilege, Male Privilege in Race, Class, Gender,’

‘The Feminist Classroom,’ and ‘The Abolition of Whiteness.’

The University of Vermont also holds a retreat for ‘women of color’ but the conversations are about building leadership as oppose to one’s own privilege and the impact it has on society, Campus Reform stated.

According to the website College Factual, the University of Vermont is 83.1 per cent white and tuition costs over $37,000 per year for out of state residents.

Remember the days when you went to college to actually learn?