Upset by Confederate and Nazi Items at Flea Market, Shopper Gets Police Involved

It upsets me to see Nazi items and am not a fan of the Confederate flag, and the last things I think to do about it is call the police. Yet, here we are[1]… 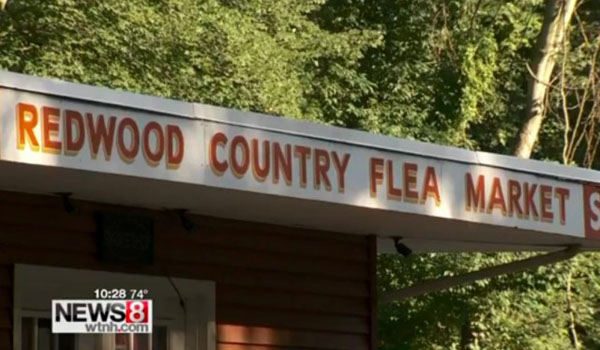 Turns out a shopper noticed Confederate and Nazi merchandise for sale at a table, became upset and made a complaint to police, Chief William Wright told the Record-Journal.

Police were dispatched to the scene and confirmed the items were for sale, but the man who complained — who the Record-Journal said is Jewish — was told that nothing could be done since the items were on private property.

“It’s not criminally illegal, but obviously it offended this person,” Wright told the paper. “It causes some people a sense of being uncomfortable. Certainly the owner could preclude this merchandise.”

The man who made the complaint said he was so angry he was “shaking and almost vomiting.” He even went to far as to contact the mayor to see what could be done. Maybe, I don’t know, just not go to this flea market if it offends you so much?