US Troops Put on Drinking, Eating Restrictions for Ramadan

I sometimes think that there are people in the Obama administration who are secretly conservative bloggers. When they make decisions like this[1], it’s like they’re saying, “Here, your audience will LOVE this!” 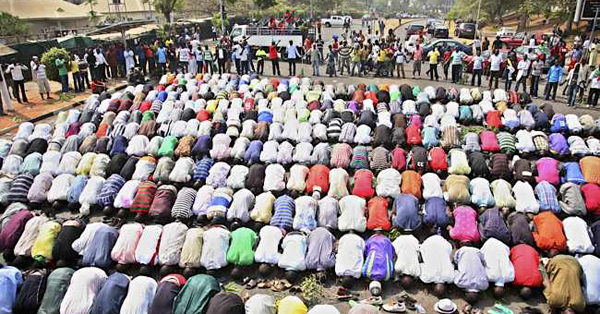 A top commander in southwest Asia reminded U.S military personnel stationed in Muslim countries in the Middle East of the restrictions placed on them during Ramadan. According to a report by the U.S. Air Forces Central Command Public Affairs, Brig. Gen. John Quintas, 380th Air Expeditionary Wing commander in Southwest Asia, said that the U.S. is “committed to the concepts of tolerance, freedom and diversity.” But he added that soldiers should “become more informed and appreciative of the traditions and history of the people in this region of the world… [R]emember we are guests here and that the host nation is our shoulder-to-shoulder, brothers and sisters in arms, risking their lives for our common cause to defeat terrorism.”

Look, I’m okay with telling people not to be rude.  We shouldn’t wander the streets with a beer, a cigarette, and a ham sandwich rubbing it in people’s faces.  But to force people to adhere to others religious beliefs?  I thought that was intolerant and hate?