Vengeance is Mine saith The Lord: Amy Pascal may be paying the price for her making of The Da Vinci Code a 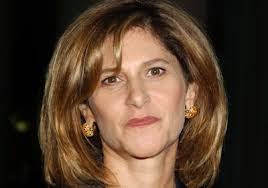 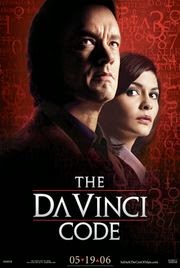 Dearly beloved, avenge not yourselves, but rather give place unto wrath: for it is written, Vengeance is mine; I will repay, saith the Lord.

I didn’t know Amy Pascal, vice chairwoman of Sony Pictures, from a can of paint after she got herself in hot water for sending racially insensitive emails about Barack Obama. The rest of the Pascal story has been widely reported:

In other words, Amy Pascal’s life has been turned upside down. So much so, she desperately sought the council of known race hustler and tax cheat Al Sharpton to bail her out. But, after doing a little research of the films she’s been involved with this piece of info jumped of my screen:

Pascal has overseen the production and distribution of films including the Spider-Man[3] franchise; the James Bond[4] films Casino Royale[5], Quantum of Solace[6] and Skyfall[7], the first Bond film to gross over $1 billion at the worldwide box office;[14][8] The Da Vinci Code[9] and Angels & Demons[10];

The Da Vinci Code, released by Sony Pictures in 2006, was a film depicting an alternate history of the story of Jesus Christ and the formation of the Holy Bible. It was a movie that was very hurtful to millions of Christians around the world. It was a viscous attack on the basic foundations of Christianity and it caused may weak Christians to doubt their faith.

That didn’t stop Amy Pascal from moving forward with the movie and I truly believe she’s suffering today from her decision.

Don’t mess with The Lord!