Little League star Mo’ne Davis has had a great year; however, the teenage star has received some negative attention from a classless college baseball player and in an article by IJReview[1], Ms. Davis takes the highroad and offers a lesson in civility to her attacker. 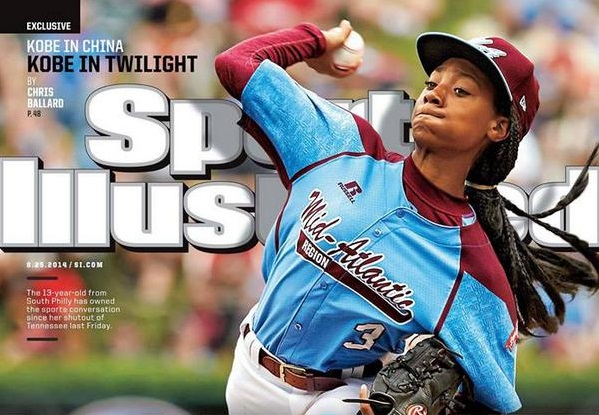 Mo’ne Davis has had a banner year. She played in the Little League World Series and became the first female to pitch a no-hitter.

Then, she got really famous, like cover of “Sports Illustrated” famous. Incidentally, she’s the very first Little League player to grace that cover:

Now, the overachieving 13-year-old has written her own book and, oh yeah, Disney is making a movie about her. However, being in the public eye comes with the risk of bringing out the haters.

One such hater, a Bloomsburg University baseball player named Joey Casselberry, took to Twitter to exclaim his ignorance to the world: 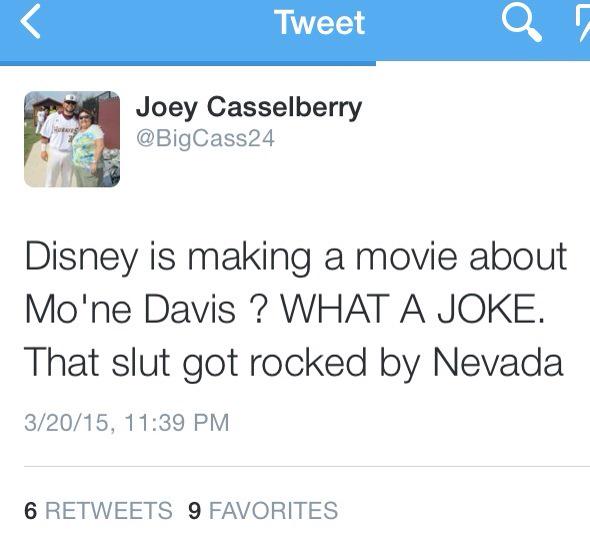 The repercussions were swift. Bloomsburg Universitysuspended Casselberry,[4] and his college career was ruined with that single instance of stupidity.

Davis is such a class act that she not only forgave Casselberry, but she even wrote Bloomsburg to petition on his behalf.

She opened up to “SportsCenter[5]” about the incident, and why the school should reinstate Casselberry:

“Everyone deserves a second chance. I know he didn’t mean it in that type of way.”

“I know people get tired of seeing me on TV. But sometimes you got to think about what you’re doing before you do it.”

Davis suggested that a lifetime of hard work shouldn’t be erased by a single mistake:

“I know how hard he’s worked. Why not give him a second chance?”

Bloomsburg University acknowledged that they received her message, but the suspension remains intact, according to a statement released by the school this morning:

“Her request demonstrates the type of person she is, her level of maturity and the empathy that her family and coach teach her.”

“Bloomsburg University stands firm on our decision; however, his consequences will be reviewed as is common in disciplinary actions like this.”

“An example that one stupid tweet can ruin someone’s life and I couldn’t be more sorry about my actions last night.

I please ask you to forgive me and truly understand that I am in no way shape or form a sexist and I am a huge fan of Mo’ne,” he tweeted.

“She was quite an inspiration.”

Bravo! It takes class to turn the other cheek in such a public way. This is better than any verbal smackdown Davis could have offered as a rebuttal.