God is in control. How would you react if the elevator on which you were riding–high above the ground floor of an old office building–suddenly stopped moving, then jerked violently and without warning began to fall?[1] 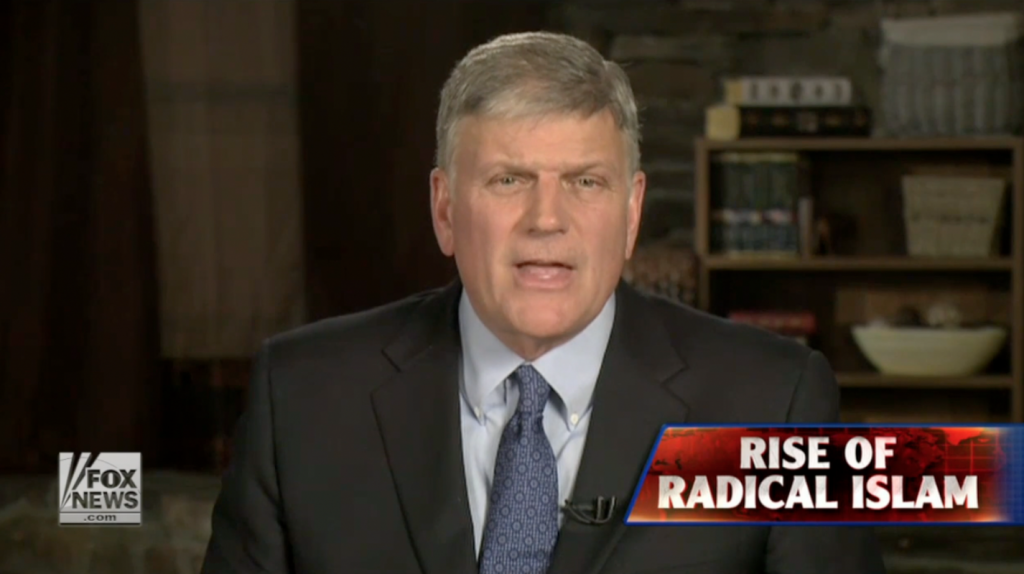 How would you react if the elevator on which you were riding–high above the ground floor of an old office building–suddenly stopped moving, then jerked violently and without warning began to fall?

It’s the kind of heart-stopping, horror-movie scenario that a group on a charity mission in Vietnam lived through. Among that group was Rev. Franklin Graham, the son of evangelist Billy Graham, along with Fox News Channel host Greta Van Susteren.
Ever the vigilant reporter, Van Susteren began to record the incident, apparently on her cell phone, as the group was stuck somewhere around the 24th floor of the building in Hanoi. That structure houses the Vietnam offices of the charity Samaritan’s Purse.

As reported by Media Equalizer, Van Susteren described what happened after the group was able to pry open the elevator doors and escape the frightening situation:

I feared we were going to break loose and go all the way down which would have been a certain death for all of us. As the elevator car slid down, we made calls and tried pushing all the buttons on the panel.
On the video that was taken in the disabled elevator during the perilous 10 minutes the group was stuck, Franklin Graham calmly described what he felt would happen if, as Greta Van Susteren feared, the elevator were to plunge uncontrolled to the bottom of the shaft.

Thank God they are ok! Elevators are scary enough. But to have this happen makes those fears 100x worse. Although having Rev. Graham in there to lighten the mood with his unwavering faith definitely helped.