Video: A suicidal man was about to kill himself when the President of Turkey Showed Up & Did This

One man had a once in a lifetime experience just as he was trying to end his life for good[1]. Turkey President Erdogan was en route to meetings when he saw a citizen attempting to commit suicide off a bridge. What happened next…is not what you would expect.

The Turkish president appeared to prevent a suicide on Christmas Day[2] after he was filmed persuading a man to get back from the edge of a bridge.

The unnamed man was thought to be preparing to jump when Recep Erdogan’s motorcade was passing over the 211ft-tall structure, which links Europe with Asia, after Friday prayers. 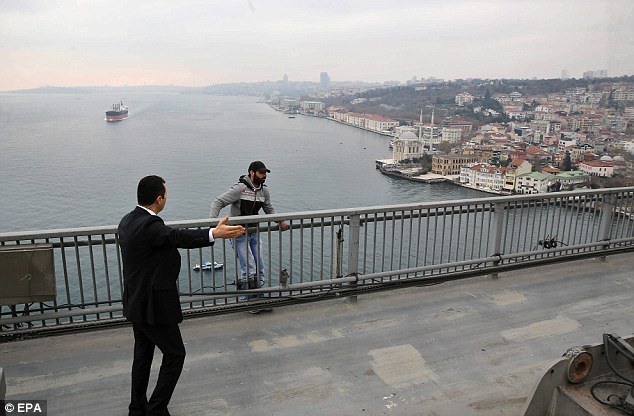 …while in his car, and on his mobile, seemingly disinterested. Sorry to sound cynical.