VIDEO: After Having SIX Boys, This Mom-to-Be is in for a Surprise

In a video making its way across the web, a mother of six boys slices into a cake as a fun way to learn of the gender of her expected seventh child. As IJReview[1] reported: 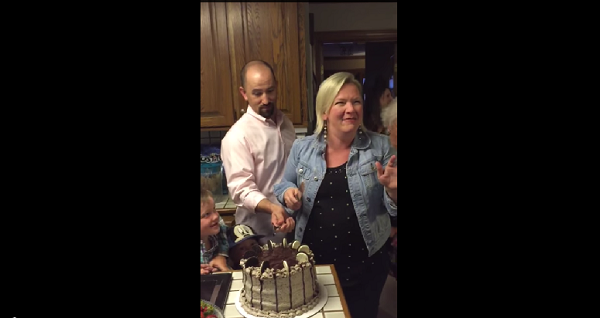 They recently found out they were expecting a seventh child.

Cher told ABC 13[4] that they were sure the seventh was going to be a boy as well.

“Initially, on baby three and four I’m thinking ‘They’ll be a girl at some point. They can’t all be boys.’ But after four and five and six, You’re kinda thinking, yeah they can,” she said.

But she was in for a big surprise when she cut open the gender reveal cake. Her reaction says it all.